Prithvi Shaw and Yashasvi Jaiswal had 66-run opening partnership for the opening wicket. 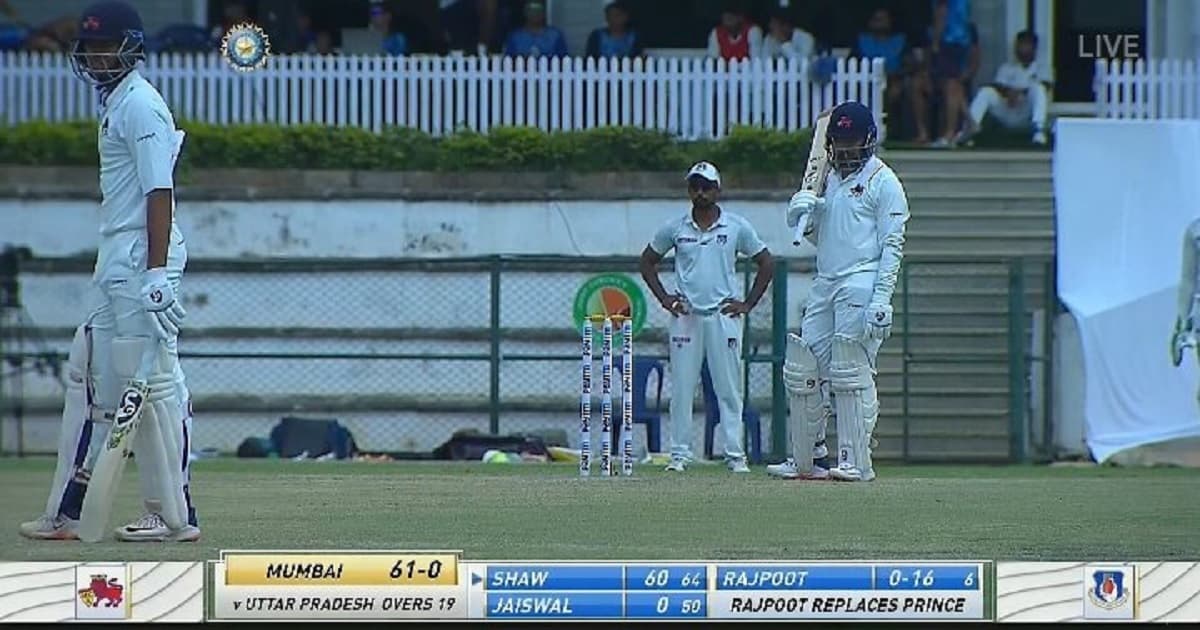 Day 3 of the Mumbai vs Uttar Pradesh Ranji Trophy Semifinal saw one of the rare occurrences happening in the history of cricket when Prithvi Shaw and Yashasvi Jaiswal came out to open to extend their 213-run lead.

Mumbai had bowled out UP for 180 after scoring 393 in the first inning and had the license to go for the kill by scoring as many runs as possible and setting an out-of-reach target to chase.

Mumbai captain Prithvi Shaw is one of the most aggressive openers currently. Shaw doesn't wait long to score and takes his chances early in the inning. With the license to kill, Shaw began to smash from the first ball itself.

This wasn't the only interesting part of his 21-over stay. His opening partner, Yashasvi, till Shaw was at the crease faced 52 balls but didn't score any run. Shaw and Jaiswal added 66 runs for the opening wicket in which Shaw scored 64 runs, Jaiswal 0, and two runs came from the extras.

Yashasvi Jaiswal finally scored his first runs with a boundary in the last over after 54 balls. He raised his bat as his teammates and the opposition celebrated with claps.