Prasidh Krishna could be Kohli's 'surprise package' at World T20 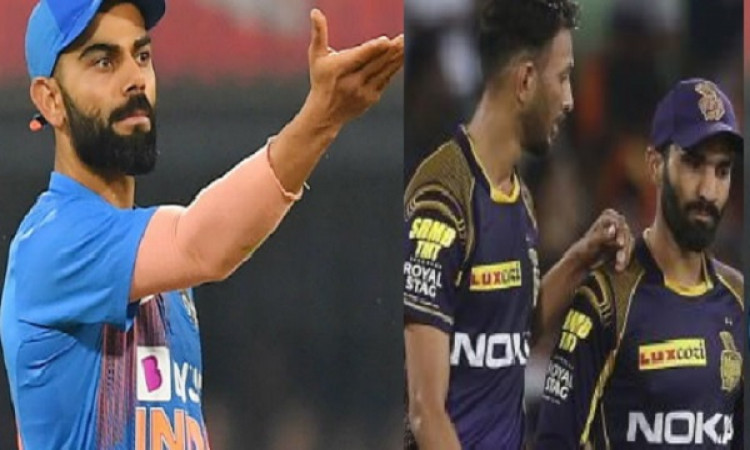 Indore, Jan 8  India captain Virat Kohli has hinted Karnataka pacer Prasidh Krishna could be a "surprise package" going into the World T20 slated to be held in Australia later this year.

"You'll have to figure out who are the people that are very similar in their bowling skills, and you pick the senior one. I think one guy will be a surprise package going to Australia. Someone who can bowl with pace and has bounce," Kohli said after India's seven-wicket win over Sri Lanka in the second T20I on Tuesday.

"Prasidh Krishna has done well in the domestic arena. It is a great luxury to have this group of bowlers in all formats. Looking at the World Cup, we have enough options," he added.

Prasidh plays for Kolkata Knight Riders (KKR) in the Indian Premier League (IPL) and has been a well-known name in the domestic circuit as well. In 18 IPL matches, he has picked up 14 wickets with a strike rate of 29 and with an economy rate of 9.32. The 23-old pacer from Karnataka has so far played six first-class matches and 41 List A games in which he has scalped 20 and 67 wickets respectively.

The right-arm fast bowler has worked alongside Australian pace legend Glenn McGrath at the MRF Pace Foundation in Chennai.

The Indian pace attack is currently one of the best in the world and speaking on his bowlers, Kohli had recently said that it is his pride to lead such a unit.

"Well, if you ask we are right at the top. I won't even count ourselves among the top 3. These guys deserve it. When we started off, that was the conversation. When I took over as captain, I really wanted to see our fast bowlers dominate world cricket. Spin was never an issue, batting was never an issue. After Zak (Zaheer Khan) and all these stalwarts went away, we were thinking how can we get back to the top and have the ability and the firepower to pick up 20 wickets.

"Just see the way they have bowled. It's their belief that stands out. Any kind of pitch, any kind of opposition. They believe they can get more out of any pitch than the opposition. That belief matters a lot. I couldn't be more happy for them. The best thing is they are still not done yet. They are getting hungrier every time they go out. And they love bowling together. I think that's their biggest strength. The trust, the camaraderie and the belief they have is pushing this team forward," Kohli had said