Young left-arm pace bowler Arzan Nagwaswalla seems to have overcome his initial nervousness and begun to gel well with the team as he seeks to pick lessons from the seniors during the ongoing tour of England. 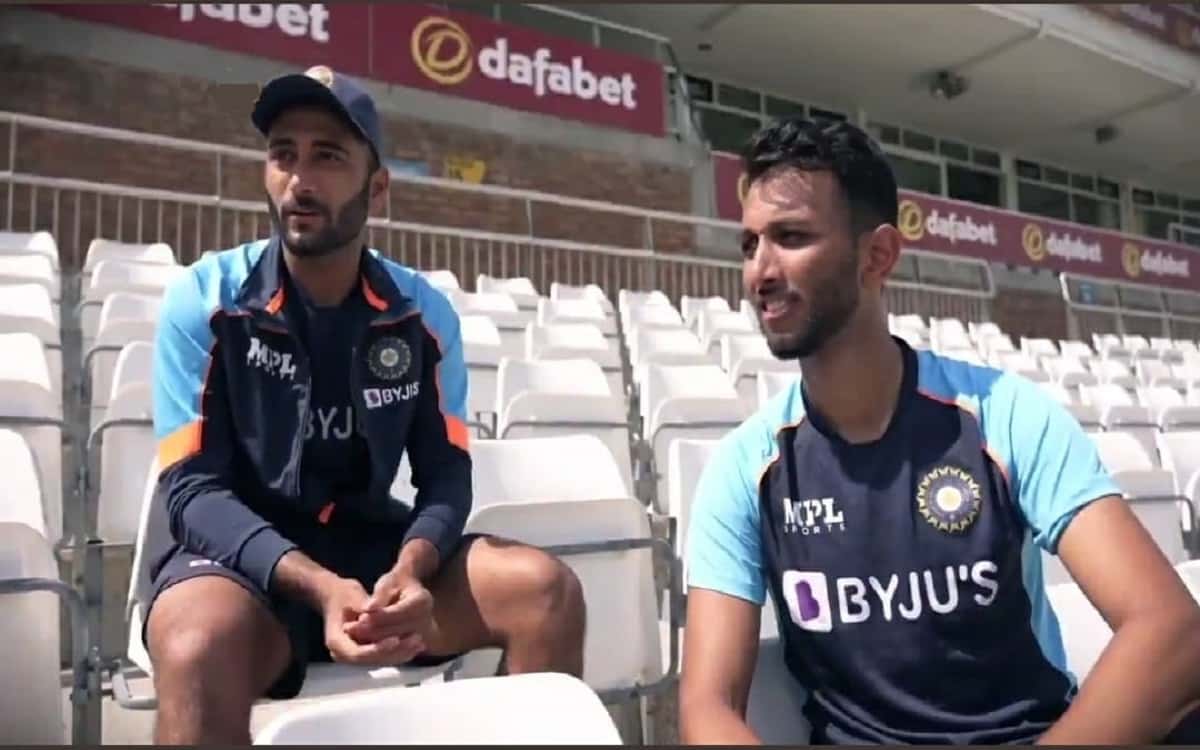 "The learning I got so far from the seniors is that stick to your own process and keep following it no matter what the situation or condition is, just be yourself. It has been a very good experience so far," said Nagwaswalla in a video posted by BCCI.tv. The pace bowler seems to have developed a special bond with fellow pacer M Prasidh Krishna, who like Nagwaswalla is among the standby players.

"The bond that we share is quite unexpected, I didn't know him before and he also didn't know me quite well," said the 23-year-old Nagwaswalla. Krishna was the one who brought Nagwaswalla out of his shell as the Saurashtra pace bowler looked reserved.

"The first time I saw him he was a very silent guy and I wanted to get something out of him because he never spoke to anybody at all. Then I realized, the second day, in fact, he told me 'I am not someone who goes and talks to anybody'. So, if he has to learn something about it, I thought I should help him," said Krishna, who has played three ODIs and nine first-class matches.

Krishna spoke highly of the experience he is gaining while bowling to the top Indian batsmen in England. "Coming here and bowling against the best in the country, there is nothing like it. You are challenged every single day," said the 25-year-old Krishna.