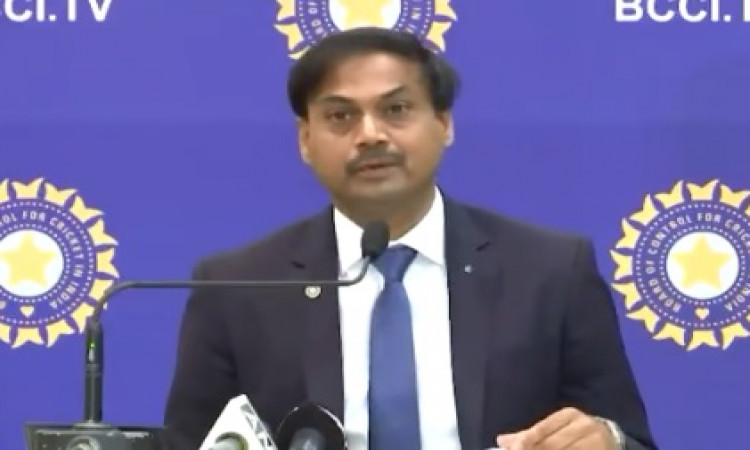 Mumbai, July 21. BCCI chief selector M.S.K. Prasad on Sunday fell just short of saying that he did take note of Ambati Rayudus sarcastic tweet and said that he enjoyed the "3D" tweet which the former India batsman had posted after he was excluded from the squad for the recently concluded World Cup where India lost to New Zealand in the semifinal.

Rayudu was first ignored when Shikhar Dhawan was injured and Rishabh Pant was flown in and then he was again overlooked when all-rounder Vijay Shankar got hurt and Mayank Agarwal was sent as a replacement. Soon after that a heartbroken Rayudu hung his boots.

Prasad did try his best to defend the decisions taken for or against Rayudu during the presser to announce the India squad for the West Indies tour on Sunday, saying, "There were certain programmes to see Rayudu comes into the setup. We (selection committee) don't have anything against a particular player.

"When Rayadu was picked for the ODIs on the basis of his T20 performance, there was criticism, but we had some thoughts about him. When he failed the fitness test, we put him on a fitness programme. Due to certain combinations, he wasn't picked, it doesn't make the selection committee biased."

But a senior BCCI official took note of Prasad's comment and questioned the criteria of fitness test being the yardstick for national selection.

"Who decided on the fitness criteria and has there been an official communication on the same? If there was no criteria officially communicated or discussed or approved by the board, how could one fail it? Seems that the selector didn't really check all the dimensions before making this statement," the official said.

Prior to the World Cup, former Australia opener Matthew Hayden had told IANS that there was no way that anybody other than Rayudu could be India's number four, but the selection committee picked Vijay Shankar instead.

Prasad, at that time, had justified Shankar's selection over Rayadu, saying that the 33-year-old provided the team with a "three dimensional" game. "We did give a few more chances to Rayudu but Vijay Shankar gives three dimensions. He can bat if the conditions are overcast, he can bowl, plus he is a good fielder. We are looking at Shankar as the No. 4," Prasad had said.

After the snub, Rayudu had tweeted sarcastically: "Just ordered a new set of 3D glasses to watch the World Cup".

Now, while announcing India's squad for the West Indies tour, the chief selector once again tried to clear the stance of his team, but it doesn't seem to have cut much ice with the board officials.