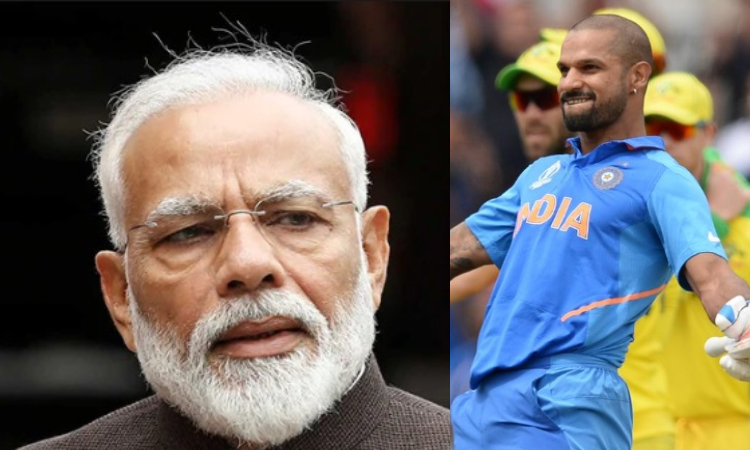 June 20 (CRICKETNMORE) Prime Minister Narendra Modi on Thursday wished India opener Shikhar Dhawan a speedy recovery. The batsman has been ruled out of the ongoing World Cup due to a fractured thumb.

After being forced out, an emotional Dhawan had tweeted that the "show must go on" without him at the ongoing World Cup. Retweeting the opener's tweet, PM Modi wrote: "Dear @SDhawan25, no doubt the pitch will miss you but I hope you recover at the earliest so that you can once again be back on the field and contribute to more wins for the nation."

Dhawan had suffered the injury after being hit by a Pat Cummins delivery during his 109-ball knock of 117 against Australia on June 9. On Wednesday, the southpaw was officialy ruled out of the remainder of the showpiece event and wicketkeeper-batsman Pant, who flew in as Dhawan's cover ahead of India's game against Pakistan in Manchester, was officially named his replacement.

Earlier on Thursday, batting great Sachin Tendulkar also wished Dhawan an early recovery and said he will come back strongly after being forced to miss the event.

India will next take on minnows Afghanistan on Saturday. While Men in Blue have won three of their four games with one being washed off, Afghanistan are yet to win a game in this edition of the showpiece event.