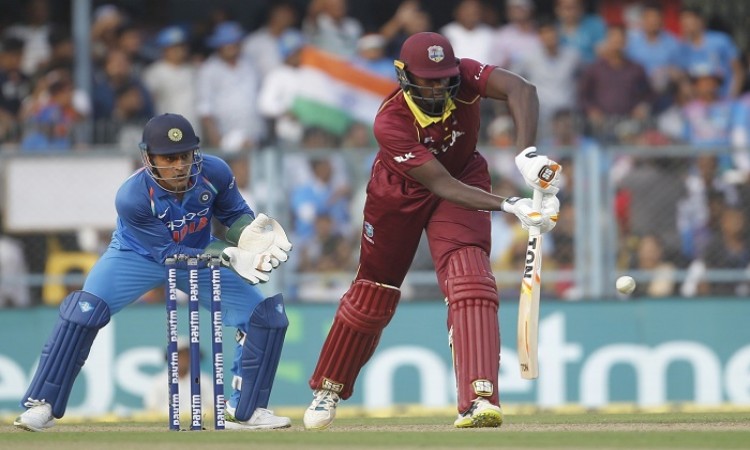 Guwahati, Oct 21 (CRICKETNMORE):  West Indies skipper Jason Holder on Sunday said despite the eight wicket loss against India in the first ODI, he is pleased with the batting effort of his team.

A brilliant century by Shimron Hetmyer (106) and some useful contributions from Devendra Bishoo and Kemar Roach towards the end helped West Indies post 322/8.

Hetmyer played 78 balls and slammed six boundaries and as many sixes before he was dismissed by Ravindra Jadeja in the 39th over.

"Pleased with the guys for the batting effort. Hetmyer batted exceptionally well. We needed to be a lot more decent with the ball. Probably we got a par score," Holder said after the match.

Holder also said that Rohit Sharma and skipper Virat Kohli took away the game with their lusty hittings.

India dominated with the bat through out the innings as Rohit remained unbeaten at 152 while Virat was dismissed at 140 and helped their team to register a comfortable victory. On the other hand, West Indian bowlers struggled with the line and failed to take wickets.

"Credit to Kohli and Rohit for taking the game away from us. Hopefully we can play better in the second game," he added.