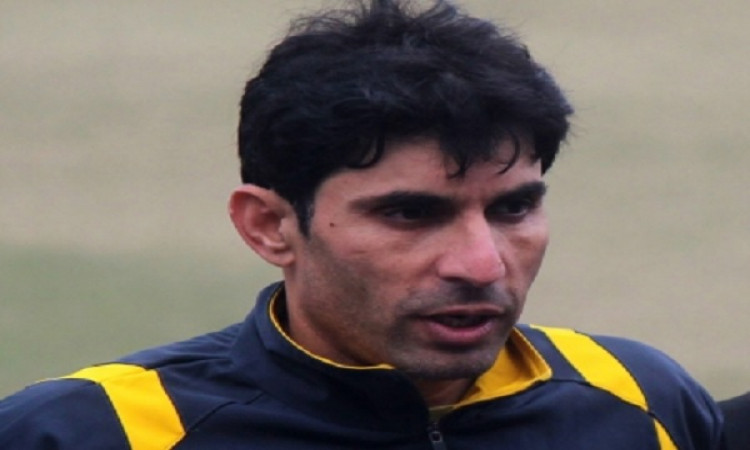 Lahore, Oct 22  A petition has been filed in the Lahore High Court praying to immediately stop former captain Misbah-ul-Haq from working on different posts including that of Pakistan head coach.

According to a report in The Dawn, a lawyer named Syed Ali Zahid Bokhari has filed the application in his pending main petition against the appointment of Misbah as head coach, batting coach and chief selector in the Pakistan Cricket Board (PCB).

In his application, the petitioner has stated that the performance of the current team -- which recently lost the T20I series against Sri Lanka -- will get worse if Misbah is allowed to work as Pakistan head coach.

He further asked the court to pass a stay order and immediately restrain the respondent from working.

However, the court said that it was not supposed to decide who should play in the team or not. But the judge issued a notice to the PCB and has sought for a reply by next week.

In his main petition, the lawyer had contended that Misbah lacked required experience to coach the team. He said the appointment of Misbah -- who replaced Mickey Arthur -- had been made in a secret manner and without merit.

He said Imran Khan and Misbah were distant maternal cousins and that the cricket board showered blessings on the latter to please the Prime Minister.

Following Pakistan's embarrassing loss against a second-string Sri Lankan side, the PCB sacked Sarfaraz Ahmed as captain in Test and T20Is.