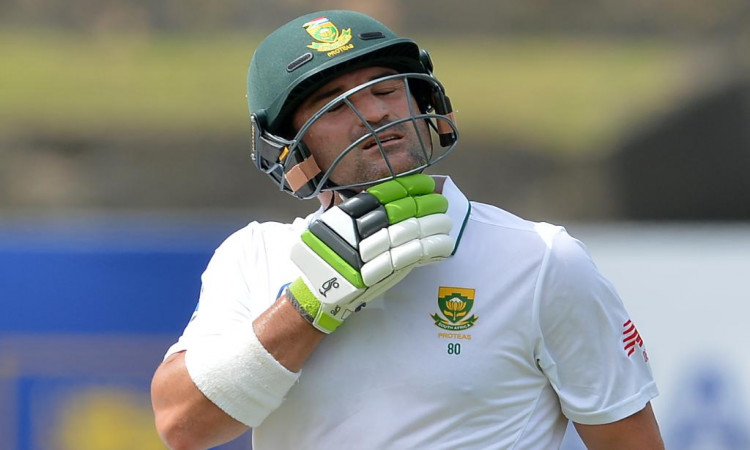 Visakhapatnam, Oct 4:  R. Ashwin might have finished with another five-wicket haul while Ravindra Jadeja became the fastest left-arm bowler to pick 200 wickets in Test matches, but the third day of the first Test between India and South Africa at the ACA-VDCA Stadium undoubtedly belonged to Proteas opener Dean Elgar as he hit a brilliant 287-ball 160 on a wicket that not only provided Ashwin and Jadeja with turn, but the odd ball also jumped after hitting the crack.

Speaking at the end of the day's play, Elgar said that it is really tough to bat in Indian conditions and he learnt from the experience he had on his last tour with the team.

"It's good to contribute once again. Playing in India is very tough. The last time I was here, I was very experienced. In those four years, I have grown a lot as a cricketer. I have played county cricket, which has helped," he pointed.

Asked on what he tried differently this time round, Elgar said: "If you want to use our last series in India, we shouldn't use that because of the wickets. You need to defend well against spinners, because then you give yourself the best chance of attacking. County cricket with Surrey has helped a lot. Playing spin is something I have been conscious of, and you will face a lot of spin when coming to India. (Hitting the ball in the air) I think you have to find your strengths. That's a strength of mine, and thankfully it worked out in this game. Implementing those, and obviously on this wicket, which has played well."

Elgar also praised T20I captain Quinton de Kock for putting up a quality show and hitting a century. "I am extremely happy for Quinny. He's a bit of a genius in the way he goes about it. It's not a surprise he's got a 100 here. I think this is the start of a great career for Quinny," he said.