David struck a 14 -ball 18, hitting one four and one six, and raised 62 runs for the sixth wicket partnership with Wade as they guided Australia to the verge of victory. 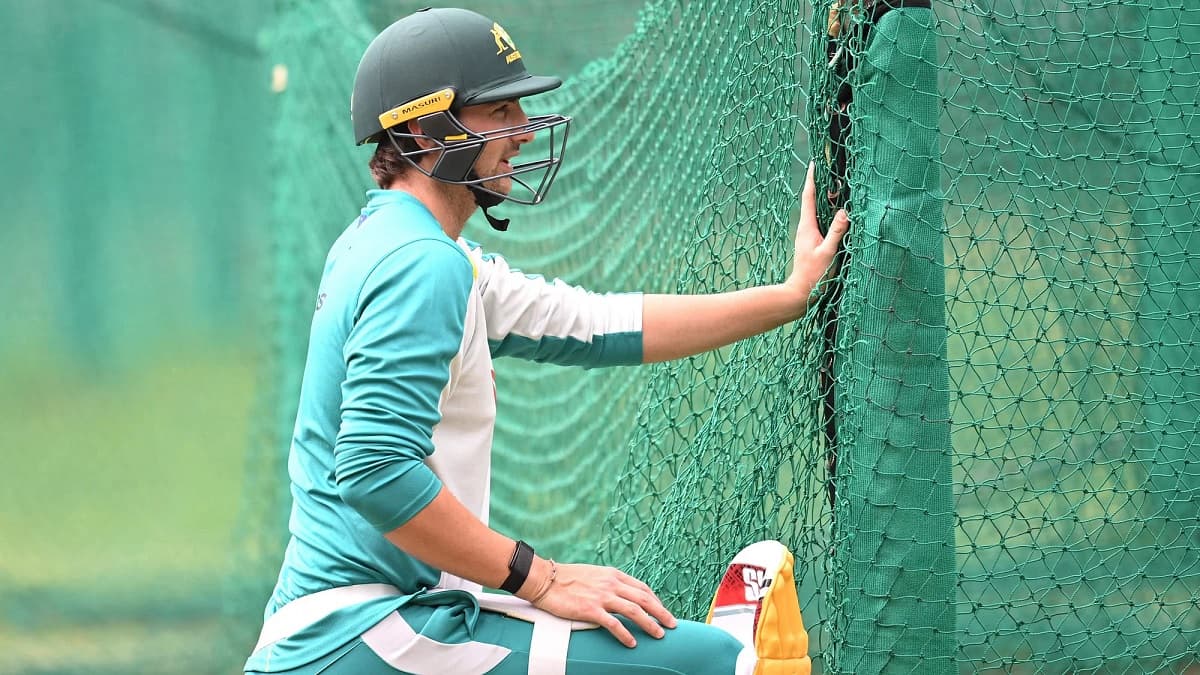 The experience of playing in the Indian Premier League (IPL) in India came in handy as Tim David, who played 14 Twenty20 Internationals for Singapore, made his debut for Australia in the first T20I of the three-match series against India at Mohali on Tuesday.

Because of his familiarity with the Indian conditions and having played against most of the Indian players in the IPL, David did not feel much pressure as he along with wicketkeeper Matthew Wade guided Australia to a four-wicket win against India at the Punjab Cricket Association IS Bindra Stadium in Mohali.


Scotland Names 15-Member Squad For T20 World Cup 2022, Berrington To Lead The Side

David struck a 14 -ball 18, hitting one four and one six, and raised 62 runs for the sixth wicket partnership with Wade (45 off 21 balls) as they guided Australia to the verge of victory.

Having made his name in franchise cricket all over the world, David was picked by Royal Challengers Bangalore in 2021 before being acquired by Mumbai Indians for Rs 8.25 crore in the auction last March. However, after a couple of early failures, he was benched and only brought out in the second half of the IPL when he helped the team record a couple of wins.

That experience of playing in India with and against the players that are part of the Indian team was the reason why David was quite calm and composed as he went about helping Wade guide Australia home.

"I definitely have the experience of playing in India before and played a fair bit of T20 cricket recently. I felt calm the other night because I knew we were in a good position to be able to chase those runs. The way the pitch was playing to get over the line, it still has to happen, it doesn't happen right away. There were some brilliant performances from our batters in the chas," said Tim David in the pre-match virtual press conference before the second T20I against India at the VCA Stadium here on Friday.

He said it also helped to have Wade at the other end because they are part of the same Hurricanes team in the Big Bash League. "I have played a lot with Matty (Matthew Wade) at the Hurricanes but have not batted with him much. Anyway, he did the heavy lifting, so it was nice to be on the other end and watch him," said the 26-year-old David.

With the matches being held outside Australia, David had a chance of inviting his parents and family to come to India and watch him play. Australia had put heavy restrictions on overseas travellers for two years because of Covid.

"Fortunately, my family travelled over to be there so that was nice. I have played a fair bit and I have seen Covid being a restriction in getting to Australia and watching games, so I have been kind of encouraged by parents and family to come over whenever they want to. So that was quite nice to have them here," said David on Thursday.