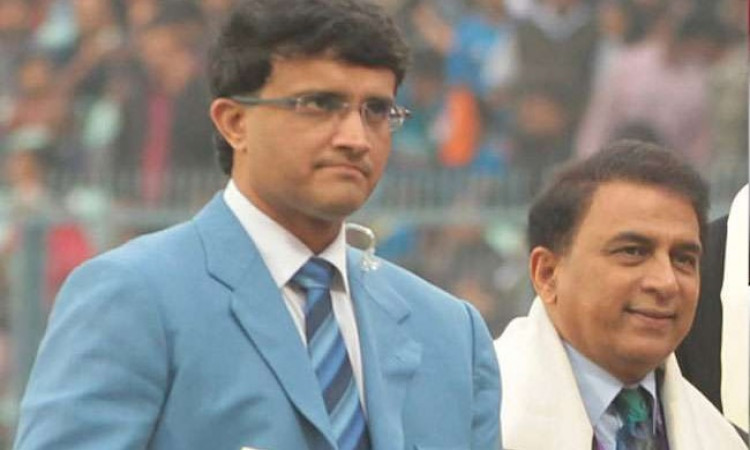 New Delhi, Oct 20:  Despite the various tweaks done by the Committee of Administrators (CoA) in the last couple of years, the sole motive of the Lodha Panel was to ensure that cricketers are the face of the Board of Control for Cricket in India (BCCI) and the formation of the players association was one of its primary proposals. And now, Indian Cricketers Association (ICA) chief Ashok Malhotra wants President-elect Sourav Ganguly and Sunil Gavaskar to be part of the ICA.

Speaking to IANS, sources in the know of developments have confirmed that not only is ICA President Malhotra keen on handing honourary memberships to former India skippers Ganguly and Gavaskar, but he is also keen on re-working the pension of former cricketers.

Commenting on the wish to hand memberships to Ganguly and Gavaskar, Malhotra said: "We will be sending invites to both Gavaskar and Ganguly to be a part of the ICA. How can you have the cricketers' association without the legends of the game? Now that Ganguly is also the next BCCI President, we want his presence to be there. But yes, we would wish to hand them honourary membership to avoid any form of conflict."

There are around 1,500 members in the ICA. While Malhotra was elected unopposed, Anshuman Gaekwad beat Kirti Azad and Rakesh Dhurve to be the male ICA representative to the BCCI Apex Council. In the female representation, Shantha Rangaswamy was the sole candidate and was elected automatically.

Hitesh Majumdar was elected the Secretary and V. Krishnamurthy was appointed Treasurer. This is the first time that the BCCI has recognised a players association after the Lodha Panel strongly recommended it in its proposals.

For those unaware, the ICA isn't affiliated to the Federation of International Cricketers' Association (FICA) and only retired Indian cricketers are allowed to be a part of the ICA unlike the players associations in some of the other countries like Australia.

Coming to the pension part, Malhotra wants to ensure that even former cricketers who have player one game at the first-class level should be eligible to get pension. Also, he wishes to rework the amount handed to the former players as pension.