Perth Scorchers defeated Brisbane Heat by 49 runs to confirm their place in the Big Bash League(BBL) finals. Scorchers will meet Sydney Sixers on Saturday to play the title match. 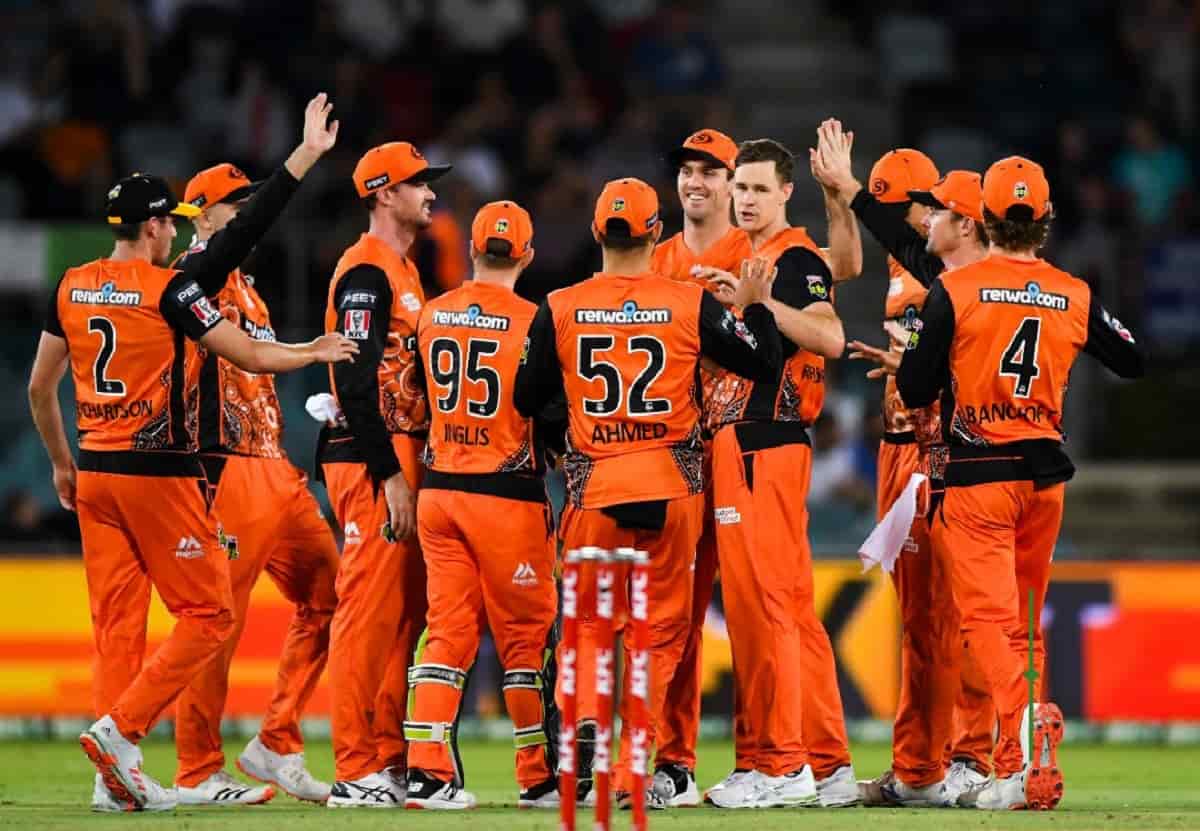 Brisbane Heat needed 199 runs as a revised target after Scorchers' innings was ended in 18.1 overs due to rain. Brisbane started decently as their opening pair added 37 runs under four overs before both Denly and Chris Lynn got out in consecutive deliveries.

Heat lost wickets at regular intervals as no batsman was able to play a long inning to keep the team in the chase. Joe Burns top-scored with 38 off 24 balls but didn't get much support from the other end.

For Scorchers, Aaron Hardie got three wickets while Fawad Ahmed, Andrew Tye, and Jason Behrendoff picked two wickets each.
Earlier, Perth cruised their way to 189/1 in 18 overs before rain stopped play. Cameron Bancroft and Liam Livingstone added 114 runs for the opening wicket in just 67 balls. Livingstone got out on 77 after smashing six sixes and five fours.