People want us to believe it's a massive loss: Virat Kohli 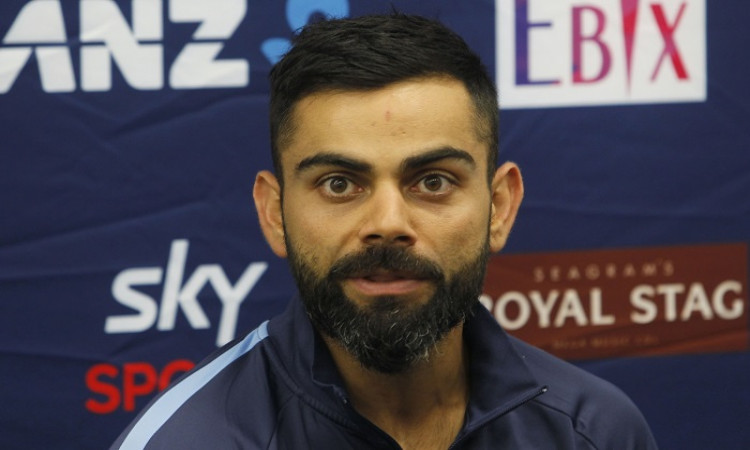 Wellington, Feb 24: India skipper Virat Kohli admitted that his side was outplayed by New Zealand in the opening Test which they lost by 10 wickets but added that he will not think of it as a "massive one" as many people want the team to believe.

The Black Caps thrashed India at the Basin Reverse to go 1-0 ahead in the two-match series.

"This is a game where we did not show enough competitiveness. In the past, we have known that we have played good cricket even when we have lost and we have been in the game," Kohli said at the post-match presser.

"I think we let ourselves down massively in the first innings with the bat," he added.

Sent into bat after New Zealand won the toss, India were bowled out for a dismal 165 in their first innings, which eventually proved to be decisive. New Zealand were able to get a massive 183-run lead courtesy some valuable lower-order contribution from their batters.

The lead turned out to be too much for the Indian batsmen as they could only manage 191 in their second innings, setting up a nine-run target which the Black Caps achieved without any hiccups.

"We have to understand that we were not at our best in the game and there is no shame and harm in accepting that. Only when we accept this, we will come out in the next game with a much better mindset and much better competitiveness that we have shown as a team. That is the representation of the Test team," Kohli said.

"We know we haven't played well, but if people want to make a big deal out of it, make a mountain out of it, we can't help it as we don't think like that," the skipper said at the post-match media interaction.

This was India's first loss in the ongoing World Test Championship. Despite the defeat, India stay pretty at the top of the points table while New Zealand have moved to the fifth spot.

The Indian skipper said he was not able to comprehend why one Test match defeat should be made to look like the end of the world for his team.

"For some people, it might be the end of the world but it's not. For us, it's a game of cricket that we lost and we move on and keep our heads high," Kohli said.

"We understand that we need to play well to win, also at home. There's no cakewalk at international level as teams will come and beat you. You accept it and that defines our character as a side," he added.