Lahore, Jan 14:  Pakistan Cricket Board (PCB) President Ehsan Mani will meet his Bangladesh counterpart Nazmul Hassan in Dubai this week on the sidelines of the ICC Governance Review Committee meeting. The meeting is likely to provide further updates on Bangladesh's upcoming tour of Pakistan. 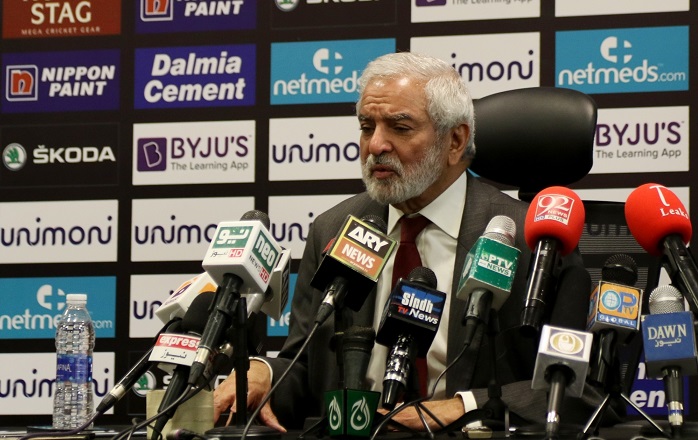 "The Dubai meeting is a continuation of the discussion process, which the PCB has followed to reach a consensus with the BCB on its national men's cricket team's tour itinerary," the Pakistan Cricket Board (PCB) said in a statement.

Earlier, Hassan had said that the Bangladesh government has given a green signal for a short tour to Pakistan comprising only of three T20Is. However, Pakistan was originally scheduled to host the Bangla Tigers for three T20Is along with two Tests.

The PCB had proposed the BCB that they could scrap the T20I series but must play the Test series in Pakistan, which is part of World Test Championship.

However, Hasan had said that the BCB was always with Pakistan's initiative to revive international cricket there but it wasn't possible to stay there for a long period at this moment.

While Bangladesh's junior and women's cricket teams toured Pakistan in 2019, the senior national men's team has not visited Pakistan since the 2007-08 season.