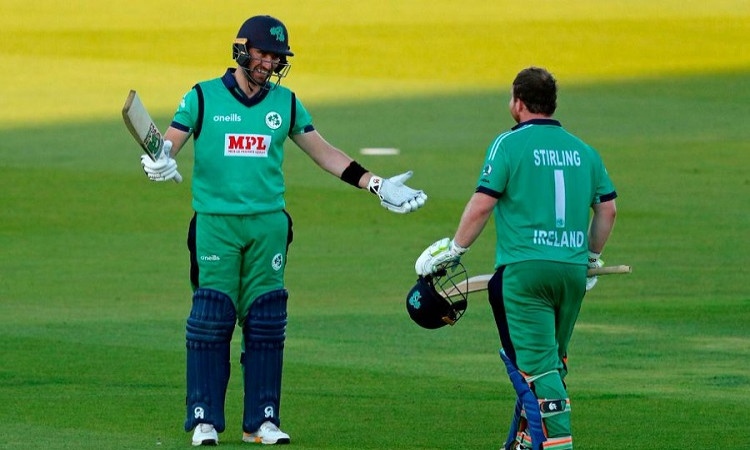 In a match full of twist and turns at the Ageas Bowl, the visitors, who had already lost the series, on Tuesday chased down the target of 329 in the final over to grab 10 crucial points in the Cricket World Cup Super League.

Electing to field for the first time in the series, Balbirnie would have been initially pleased as Jason Roy, Jonny Bairstow and James Vince were all dismissed before the score had reached 50. However, England skipper Eoin Morgan and Tom Banton put together a 146-run stand to put the hosts back on top. Morgan was particularly belligerent as he hit his way to an 84-ball 106, which included 15 fours and four sixes.

But then came an Irish resurgence, as they picked up four wickets in quick succession. England's lower order fought back, however, with David Willey using his brawn in a 42-ball 51, while Tom Curran finished unbeaten on 38 as England were bowled out for 328 with a ball to spare in the 50th over of their innings.

Ireland started off steadily in pursuit of what would be their biggest-ever chase in ODIs, edging out their famous victory over England at the 2011 World Cup where they had chased down a target of 328, thanks to a 50-ball century from Kevin O'Brien.

Stirling and Gareth Deland stitched together a 50-run opening partnership, with the former contributing 36 of the runs as Ireland were able to build a platform that had been missing in the previous two ODIs.

Balbirnie, who came in next, then joined forces with Sterling and the pair put on 214 for the second wicket. After scoring 142 off just 128 balls, Sterling got run-out because of a mix-up with his captain in the 42nd over. Thereafter, Balbirnie tried to accelerate the scoring rate. However, that proved costly as he lofted Adil Rashid to Sam Billings at long-off and got back to the dressing room after scoring 113 runs.

England seemed set to wrestle back control at that stage, but Harry Tector (29*) and O'Brien (21*) helped Ireland register another famous win against England.