Irfan Pathan's in-swinging yorker that slipped through Adam Gilchrist's defenses in the Sydney Test during the 2003-04 series, was a rare piece of bowling artistry in a game dominated heavily by batsmen -- 1,747 runs were scored and only one innings that of Australia's first -- was completed. 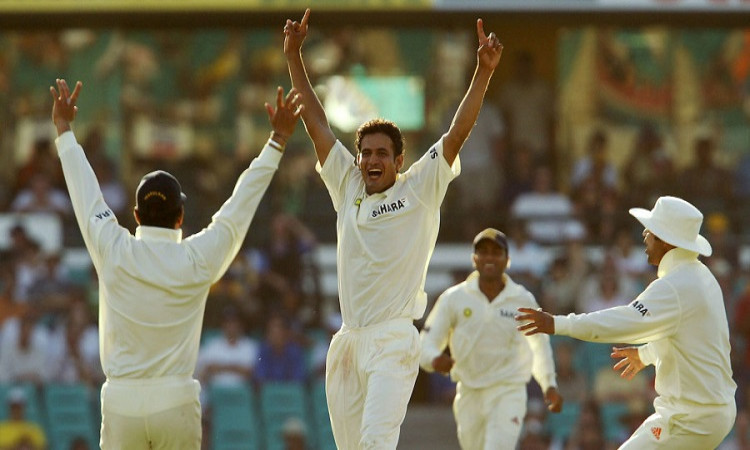 The Aussies made 474 runs in that first innings and could have made India toil more but for Pathan's delivery that swung late and surprised the world and Indian fans, who looked at arch-rivals and neighbors Pakistan with awestruck eyes for being the workshop of such deliveries.

Also Read: Ind vs Aus: Ponting Is Already Back At The Nets Just Days After IPL 2020 Final

"There was a common belief back then that we (Indians) were not good at reverse. It was more of the neighboring nation's specialty.

"But after that ball, that perception changed and everyone started saying, including the senior teammates, that we wanted someone like you. I remember I had set up Gilchrist for this. Rahul Dravid and Dada (Sourav Ganguly) kept signaling that I should continue bowling to the plan. Sachin (Tendulkar) was standing at mid-off, shining the ball and guiding. He asked me to continue setting up Gilchrist as I bowled from round the wicket. I then told him I will bowl over the wicket and go for the yorker. I went over the wicket, bowled full and Gilchrist missed it," Pathan recalled from Sri Lanka, where he is due to play in the Lanka Premier League(LPL) for Kandy Tuskers.

On Australia's hard surfaces, the reverse becomes important as the Kookaburra ball stops swinging after the first 20-25 overs. Even finding reverse there is not said to be easy.

Australia was cruising at 311 for four when Pathan removed Steve Waugh, having him caught behind with one that surprised Waugh. Thirty runs later, he produced the yorker to get rid of Gilly. That ball was over 78-overs-old and there remained just nine deliveries for the new ball.

"Such kind of deliveries are difficult for batsmen. That one to Gilchrist dipped (apart from swinging in). When a delivery dips, it changes its position from where it is supposed to finish, catching the batsman off-guard. Gilchrist was surprised," explains Pathan.

The change in position happens too late for the batsman to react and that is what happened to Gilchrist too.

"What gives me great satisfaction when I look back at the delivery is that I beat Gilchrist when he was at his peak, a very dangerous batsman who had great reflexes."

The delivery has been included in ESPNCricinfo's 20 great balls of this century. Pathan, Shane Warne, Muttiah Muralitharan and Andrew Flintoff are the only ones to have two deliveries on the list.