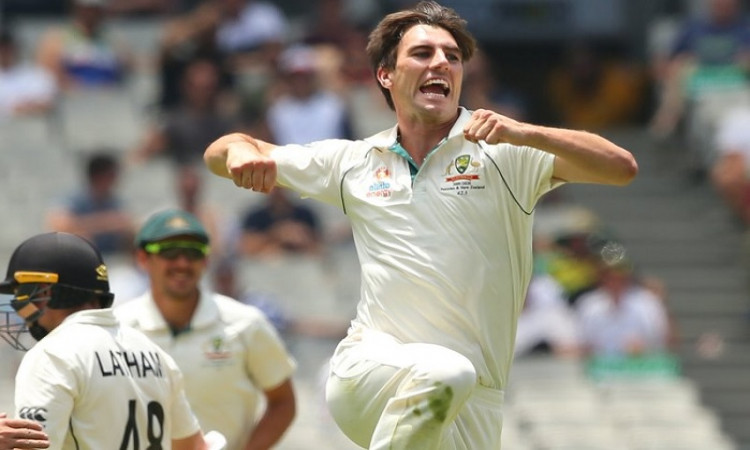 On Day Three, Australia first bundled out the Black Caps for 146 and then ended the day with a commanding lead of 456 runs.

Resuming at 44/2, New Zealand batters came out with a dismal batting performance as none of their batters -- apart from Tom Latham -- could manage to stay long at the crease. Latham, who had remained unbeaten on the second day, saw wickets falling at other end as the Australian fast bowlers wreaked havoc with their fierce pace.

The opening batsman scored a gritty 50 but could not get support from any of the other batters as New Zealand conceded a lead of 319. While Cummins, the No. 1 ranked Test bowler, picked up a fifer, Pattinson scalped three wickets. Left-arm pacer Mitchell Starc picked the remaining two wickets.

In their second innings, the hosts once again got to a good start as openers David Warner and Rory Burns added 62 runs for the first wicket. However, once Warner got out at his individual score of 38, Australia lost three wickets in quick succession.

For New Zealand, Neil Wagner picked up two wickets in the second innings while left-arm spinner Mitchell Santner scalped one.