David played 14 T20Is for Singapore previously, becoming the finisher and X-factor in the wheel Australia needs on the road to their T20 World Cup title defense. 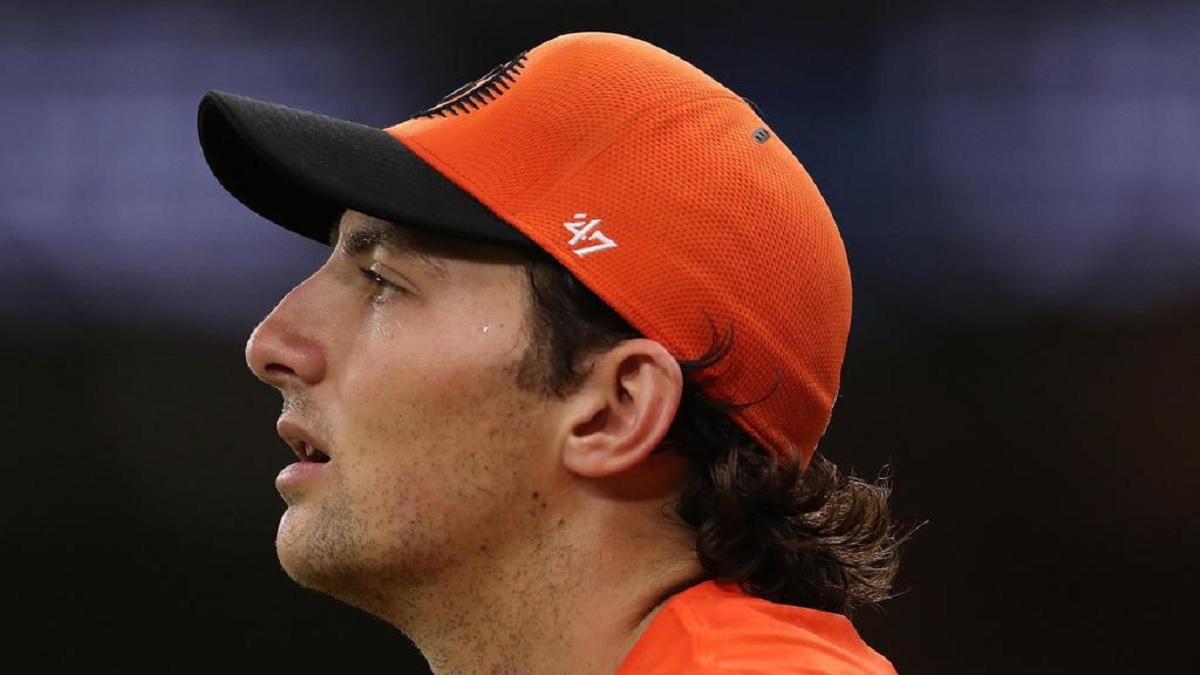 The short video had David practicing his neat shots, mainly the slog sweep, and whacking balls with a crisp sound, leaving everyone wondering whether the talk of him replicating his neatness could turn into reality when the first match happens on Tuesday.


It's An Honour To Go Beyond McGrath's Career Test Wicket Tally: Stuart Broad

The prospect of a globe-trotting David, who had played 14 T20Is for Singapore previously, becoming the finisher and X-factor in the wheel Australia needs on the road to their T20 World Cup title defence, has left pacer Pat Cummins excited.

"Great to see Tim David get his chance. He has been right up there with the best in the world, batting in the middle-order of T20 cricket is a really tough spot to bat. You see most of run-scorers are opening the batting or batting in the top-order. It is hard to be consistent when there are spin bowlers bowling and he has been fantastic.

"So, if he gets his chance (in the first T20I), hopefully he can continue doing what he has been doing in domestic T20 leagues around the world. I agree, I think he is an X-factor. Goes about it (his game) slightly different so look forward to it," said Cummins in a virtual press conference.

Cummins had been rested from Australia's recent ODIs against Zimbabwe and New Zealand at home. But he doesn't see himself taking more rest with the T20 World Cup just a month away.

"No set plans at the moment, I am pretty keen to play quite a lot so that by the time World Cup comes, your game is in order. Also, the reality is that the World Cup is the time when you want to be peaking. I think we will find that balance of making sure we are ready but not overcooked going into the start of the World Cup."

Cummins also backed captain Aaron Finch to be a vital cog in the wheel for Australia in T20Is despite loss in form leading to his retirement from ODIs. "Just the normal Aaron Finch, he has been great. (I) Had a bit of a chat with him, he said he is in a good space. Even in the ODIs, he knew it was time in his own mind. He seems fantastic, it was only 12 months ago that he led us to a T20 World Cup victory so he is raring to go, and he will be a key player as he always is."

Cummins, 29, signed off by saying many in the Australia camp have had the experience of playing in India previously and are aware that adapting to conditions at quick pace will be extremely important.

"I think a lot of games in India are played at a different pace as compared, let's say Australia. The boundaries are normally a bit smaller. So, I think you need to adapt really quickly. You will have some days where the wicket is a bit slower, then cutters and those type of things are really important for the bowlers."

"On other days, you got to try and defend early on. So, everyone here has played a lot in India and everyone understands it. It is a format, you have to be up for (the challenge), and if does not work on the day, then you need to move on quickly from it."