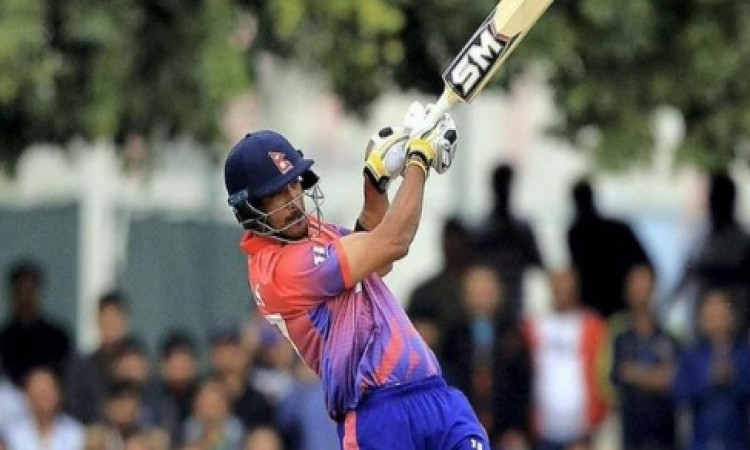 Khadka also became the first skipper to slam a century in T20I cricket while chasing.

The 31-year-old remained unbeaten on 106 from 52 deliveries, which included seven boundaries and nine sixes as Nepal chased down a target of 152 in 16 overs. They scored 154/1.

Khadka took 49 balls to complete the hundred, also making it the fourth-fastest T20I century by an Asian batsman. Singapore elected to bat first and put up a total of 151/3 in 20 overs.