Charles Amini's two brothers, his parents and a grandfather all played cricket for Papua New Guinea, and there's even a stadium named after the family. 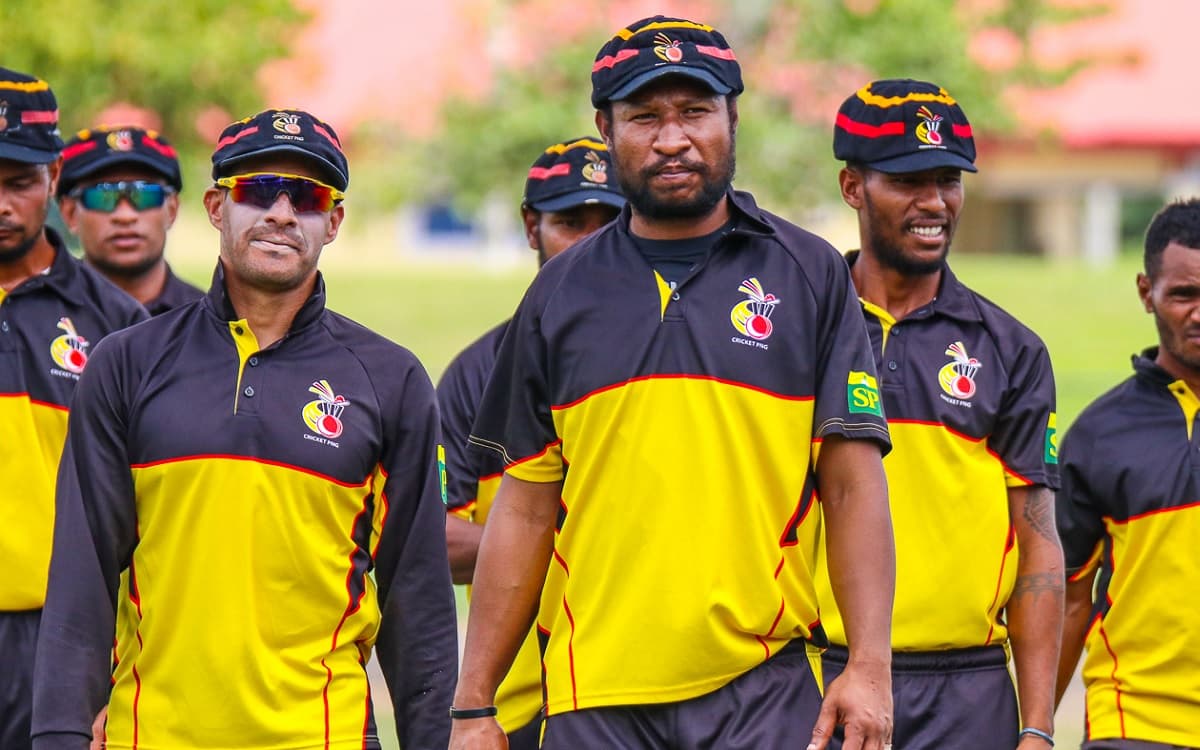 But he is the only one to reach a World Cup – and happily claims bragging rights.

The leg-spinning allrounder is a crucial cog in the Pacific nation's team at their first global tournament, the T20 World Cup in the United Arab Emirates and Oman, a feat he calls "a very big deal".

So entrenched are they in the sport that the country's main cricket stadium in the capital Port Moresby, Amini Park, is named after them.

"I don't want to brag, but I don't think any of them have gone to a World Cup," the 29-year-old jokingly said on an ICC podcast of his illustrious brethren, when asked who was the best player in his family.

"But in all honesty, I would probably say my big brother Chris (was the best), he was a very, very good player."

PNG open their account against co-hosts Oman on 17 October in a group B that also includes Scotland and Bangladesh. They will fancy their chances of progressing to the Super 12.

Along with Amini, bowling allrounder Norman Vanua, classy opener Tony Ura and veteran captain Assad Vala will be key to their success.

"The match the boys are looking forward to is Bangladesh," said Vala, a mainstay who has been on the team since 2005.

"It will be really good for us to test ourselves against a top-quality team and see where we are at against the best teams in the world."

Making a top-level tournament has been a long time coming for the sprawling Pacific nation, whose team are known as the Barramundis, named after the fish native to Australia and the Indo-Pacific.

Cricket was introduced to PNG in the 1900s by Christian missionaries from England and it became popular among coastal villages where they, and early British explorers, first landed.

But it took until the early 1970s for PNG to play their first international, against a touring Australia XI at Amini Park, before being admitted as an associate member of the ICC in 1973.

PNG finally made a major tournament by winning five of their six matches at the 2019 World Cup qualifying event, finishing behind the Netherlands.

"To be able to finally qualify for one and participate in one of the World Cups is a dream come true for me, and speaking on behalf of all my teammates, it will be an honour for us," said Vala.

"It's the pinnacle of cricket, being able to play against the best in the world."

While there are "no superstars" on the team, Vala said they were well-disciplined and drilled.

Another trait they have is their sense of camaraderie, with Ura explaining: "We have a saying, 'Stay together, go together, work as a team.'

"All the Barra boys are family," he added.