Pant is work in progress, don't suppress him: Yuvraj 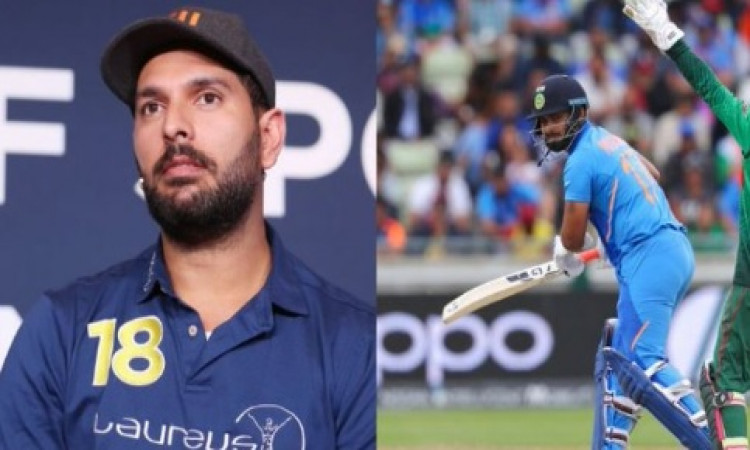 New Delhi, Sep 24  Getting the best out of Rishabh Pant by understanding his psychology, instead of suppressing the young wicketkeeper-batsman's natural game is the way forward, according to former India batsman Yuvraj Singh.

Debates have been raging over the past few days over the 21-year-old's form in limited-overs cricket and whether he deserves a place ahead of former captain M.S. Dhoni in the Indian team that will go to the World T20 next year.

On the sidelines of an event in the national capital, Yuvraj said while he does not want to add to the criticism that Pant had been getting of late, "somebody really needs to talk to him".

Yuvraj also said that one should refrain from comparing Pant with MS Dhoni. "MS Dhoni was not made in a day. It took a few years so it will take a few years for a replacement also. There is one year to go for the T20 World Cup so that is still a long time," he said.

"Yes, he has been given a number of chances but how do you get the best out of him. The people monitoring him in the team -- the coaches, the captain -- can make a lot of difference," said Yuvraj.

Pant has long been touted as Dhoni's replacement behind the stumps for India. While his talent is acknowledged by many, he has come under significant criticism in his short career over the ways in which he gets dismissed and a perceived lack of ability to put value on his wicket.

With Dhoni extending his break from cricket to the month of November, Pant has an opportunity to stake his claim in the Indian side that will go to Australia for the World T20, possibly ahead of the legendary former captain as a wicketkeeper.