Panchal hits ton as match against SA 'A' ends in draw 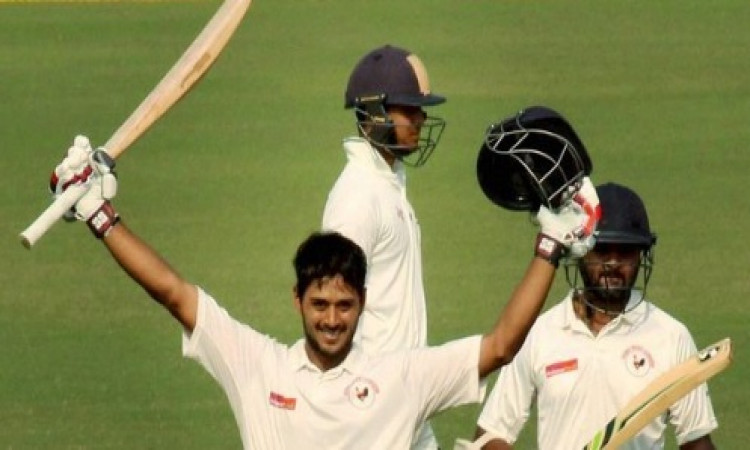 Mysuru, Sep 20 ) Priyank Panchal sharpened his case for the role of a back-up opener for India in Tests as he slammed a century while Karun Nair hit his second fifty of the match on the final day of the second unofficial Test between India 'A' and South Africa 'A' here. The two teams agreed to call off the game after 64 overs of play with the match ending in a draw. India 'A' bagged the two-match series 1-0.

Panchal scored 109 and Nair remained unbeaten on 51 as India put up 202/3 on the board in their second innings, with the declaration coming once Nair had reached his milestone. South Africa then decided not to chase their 220-run target. Panchal was given a chance to open the innings as he batted at No. 3 with Shubman Gill opening in the first innings. He was on 9 with his opening partner Abhimanyu Easwaran on 5 overnight.

On Day 4, the pair built on the Indians' 17-run first-innings lead with a 94-run partnership before Easwaran was sent back by off-spinner Dane Piedt, for 37 off 93 balls. Piedt then removed Gill in his next over as he was caught by Senuran Muthusamy for a duck.

Panchal then added 92 with Nair, bringing up his 22nd first-class century. His innings was laced with nine fours and four sixes. Left-arm spinner Senuran Muthusamy got rid of Panchal, caught and bowled, but Nair continued his own strong form in recent times with a half-century.

Earlier, India, asked to bat first, rode half-centuries from Gill, Nair as well as Saha's 60 and Shivam Dube's 68 and Jalaj Saxena's unbeaten 48 to put up 417.

In reply, South Africa 'A' skipper Aiden Markram scored 161 alongwith Wiaan Mulder's unbeaten 131 to rescue their team after being reduced to 142/5 by Kuldeep Yadav and Shahbaz Nadeem Markram. Kuldeep and Nadeem picked up seven wickets between them.