Kuala Lumpur, Dec 8  The Pakistan eves would aim to keep their chances alive for securing direct qualification in the ICC Womens Championship while their England counterparts will try to maintain their records intact against them when the two sides square-off for a three-match ODI series, starting here from December 9. 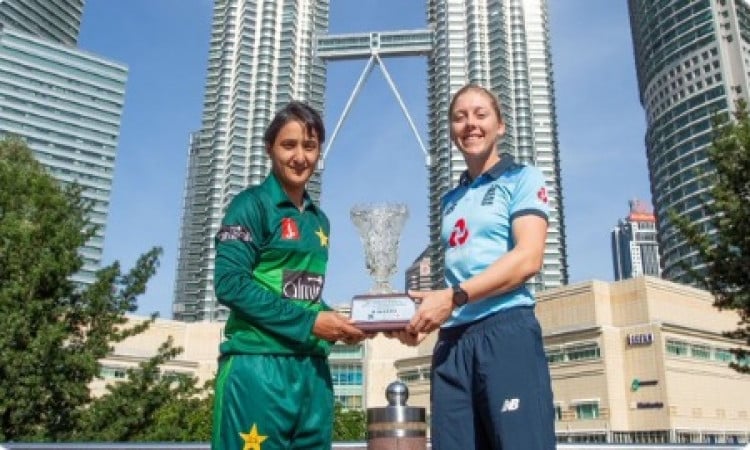 Bismah Maroof-led Pakistan, who are placed are fifth in the eight-team ICC Women's Championship, will be eager to notch up their maiden win against England. The Pakistan girls will be kicking-off the series here on the back of some impressive shows in the recent times as they defeated West Indies women 2-1 in Dubai in their first ODI assignment of the year before playing a series draw in a three-match away series against South Africa women and a two-match home series against Bangladesh.

On the other hand, led by Heather Knight, England, who are ranked second and are guaranteed a spot, have won seven out of their 12 games this year.

Speaking on the eve of the first ODI, Maroof said: "England present a big challenge for us and we are aware of it. But we have prepared well for the series. There are crucial ICC Women's Championship points on offer because of which girls are pumped up for the series."

"The conditions here are different than what England usually play in. And, as a team we have improved a lot than the last time we played England in 2017. We have youngsters and new faces in the side. I am hopeful we will surprise England," she was quoted as saying by the Pakistan Cricket Board (PCB).

Meanwhile, Knight said: "We have had change of guards and some new players have come in. This is an opportunity for them to show us what they are about, put up performances, get ready for international cricket and get used to the touring life and playing for England. The T20 World Cup is around the corner, obviously we have got the ODI series first, but over the course of this tour we look to get ready for it.

"Pakistan have played really good cricket over the last few years. They have a chance to qualify for the 2021 World Cup so it is going to be a really good contest. Kuala Lumpur is a very different place for us to come to. We are used to touring Asia and playing back home so it is quite a different experience," The England skipper added.

The ODI series will be followed by three T20Is, also at Kinrara Oval, between the two sides.