Lahore, Aug 7 (CRICKETNMORE):  Pakistan's senior batsman Mohammad Hafeez is reportedly considering retirement in protest against his recent demotion in the players' categories by the Pakistan Cricket Board, local media reported on Tuesday. 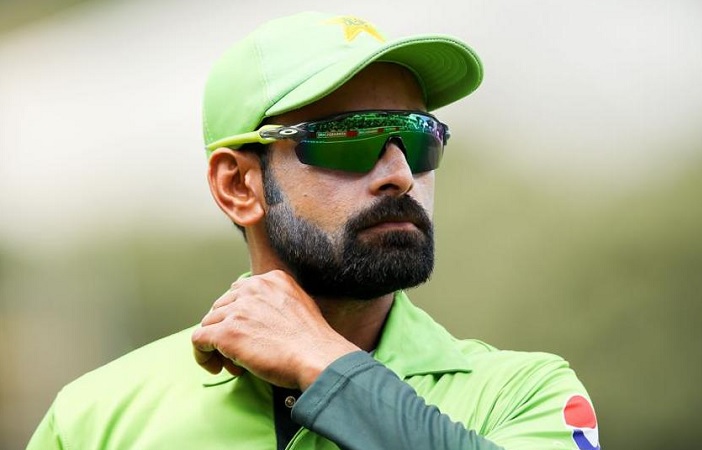 Local media quoting sources close to the right-hand all-rounder said that Hafeez considered the demotion an insult to him because he had been performing up to the mark to win several honours for the country, reports Xinhua news agency.

Hafeez, 37, had been a regular recipient of the PCB's top category contract, but the board on Monday replaced him with a young rising star, Babar Azam.

The PCB dropped Hafeez from category A to category B in the annual central contact given to players for a period of one year.

Hafeez has played 50 Tests, 200 One-day International and 83 Twenty20 International matches for Pakistan during his career which started in 2003.

"Hafeez felt upset over the decision, and now he is disillusioned due to discriminatory treatment and, as a result, cannot continue to keep on playing. Mohammad Hafeez will not sign the central contract," local media quoted the sources as saying.

During a five-match series against Zimbabwe last month, Hafeez refused to play the fifth match of the series after he was included in the team for the first four matches of the series.

According to sources, Hafeez has expressed strong reservations over the new contract which demoted him to the second tier category.

On Monday, the PCB had announced new central contracts for the upcoming year July 2018- June 2019 by including a total of 33 players across five categories of the central contract. National team captain Sarfraz Ahmed, Shoaib Malik, Mohammad Amir, Yasir Shah and Babar Azam were included in Category A.

Ahmed Shehzad, who was provisionally suspended for testing positive for a banned substance, failed to get a central contract.

The PCB also announced 25 to 30 per cent increase in the monthly payment for each of its categories and also raised its players' match fees by 20 percent across all categories.