The Babar Azam-led Pakistan team on Thursday held its practice session here, in order to prepare for the T20 Asia Cup 2022, which begins on August 27. 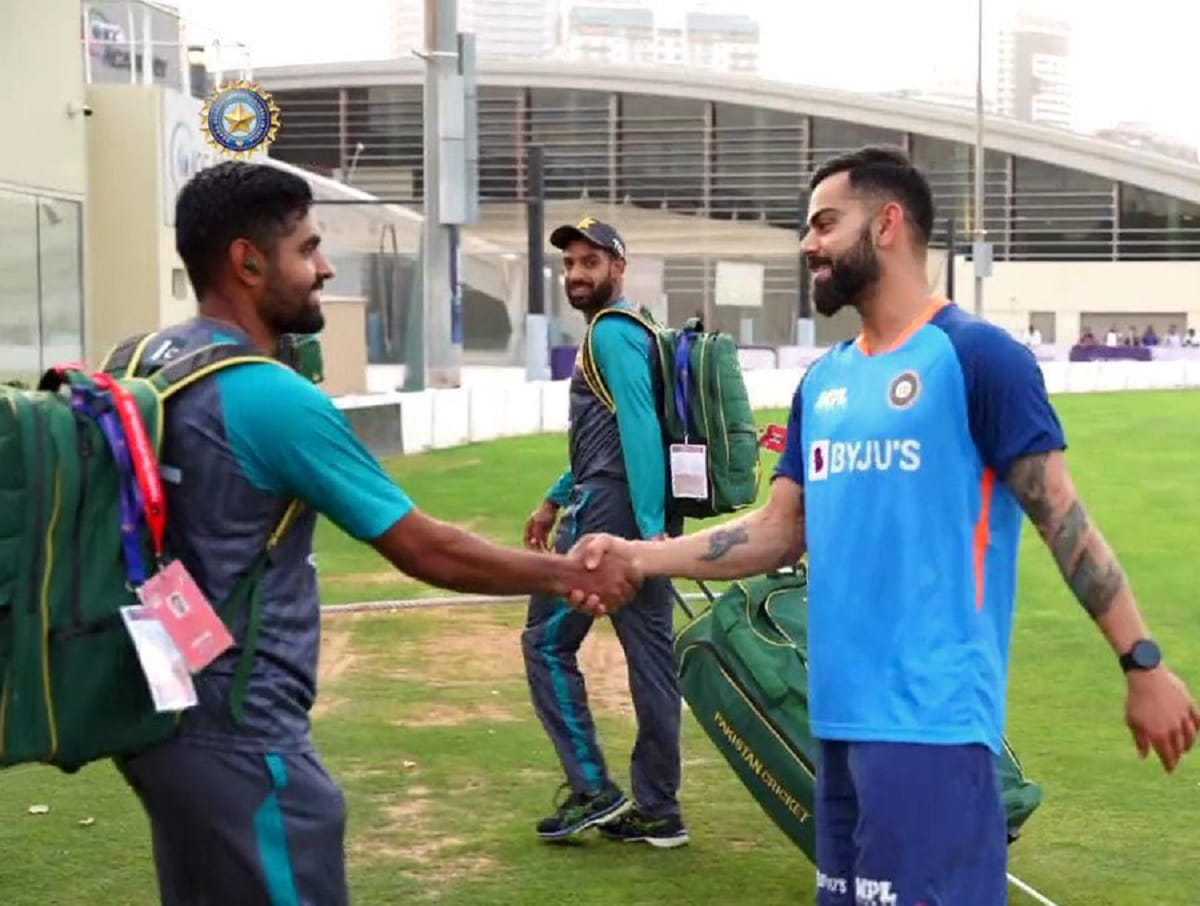 The Babar Azam-led Pakistan team on Thursday held its practice session here, in order to prepare for the T20 Asia Cup 2022, which begins on August 27.

Pakistan will begin their Asia Cup campaign against arch-rivals India on Sunday in Dubai and players were seen getting into the groove before the high-voltage encounter.


Virat Kohli Pays Tribute To Dhoni Ahead of India-Pakistan Match

Ahead of the start of the tournament, Pakistan suffered a massive blow when star pacer Shaheen Afridi was ruled out due to a knee injury, which he picked up while fielding during the first Test against Sri Lanka in Galle. Right-arm fast bowler Mohammad Hasnain has replaced Afridi in Pakistan's 15-member squad for the Asia Cup.

However, Pakistan head coach Saqlain Mushtaq said that Afridi's absence is not going to have any significant impact on the bowling strength of the team.

"We have Naseem Shah, Mohammad Hasnain, and Haris Rauf who are capable of destroying any batting order. Good weather is also going to support all of us in playing," Mushtaq told IANS on the sidelines of the practice session.

The 45-year-old also lauded the meet-up between Virat Kohli and Babar Azam ahead of India's practice session on Wednesday, saying that 'cricket also connects humanity'.

In a video shared by the BCCI, Kohli was seen shaking hands and exchanging pleasantries with the Pakistan captain. Although it was a 35-second-long clip, the moment between the two premier batters of world cricket has sent social media into a frenzy and the picture has gone viral.

"That cricket picture is the picture of love. The cricket ground in Dubai has worked a lot to reduce the tension of cricket matches between India and Pakistan, which is a good thing for the spirit of the game," said Mushtaq.