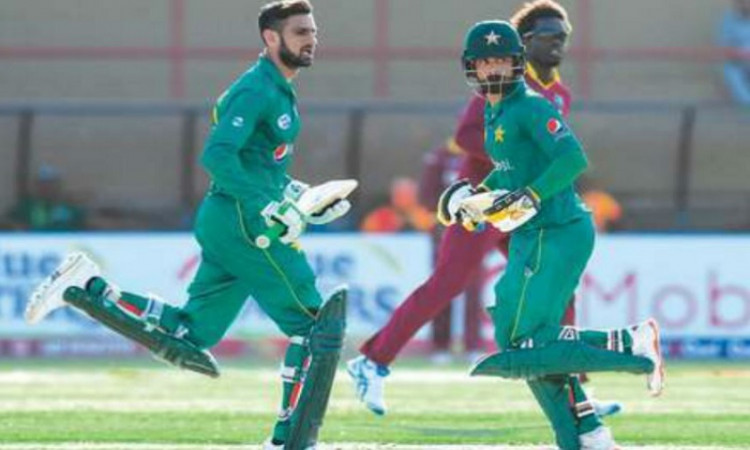 Lahore, Jan 16:  Pakistan have recalled the experienced duo of Mohammad Hafeez and Shoaib Malik, along with pacer Shaheen Afridi, in a 15-player squad for the three-match T20I series against Bangladesh.

Apart from them, Pakistan have named uncapped Ahsan Ali, Amad Butt and Haris Rauf in the squad for the T20Is set to be played on January 24, 25 and 27 in Lahore.

They have replaced seven players who were part of the 16-player squad that lost 0-2 to Australia last November. Players missing out on selection are Asif Ali, Fakhar Zaman, Haris Sohail, Imam-ul-Haq, Mohammad Amir, Mohammad Irfan and Wahab Riaz.

Asif, Fakhar, Haris, Amir and Wahab were also members of the squad that lost 0-3 to Sri Lanka at home in October.

Head coach Misbah-ul-Haq said: "We have lost eight of our last nine T20Is and as the number-one ranked side, this is unacceptable. We need to end our losing cycle and get back to winning habits leading into the upcoming Asia Cup and ICC T20 World Cup. This has played a critical role in our decision-making.

"The matches against Bangladesh are part of our preparation, finding the right combination and building for the two major tournaments. The return of Mohammad Hafeez, Shoaib Malik and Shaheen Afridi gives us the experience and depth, while the exuberance of Ahsan Ali, Amad Butt and Haris Rauf gives the team more firepower, energy and all-round skill.

Pakistan captain Babar Azam said: "I am happy with the selected squad and want to thank the selection committee for entertaining my request for Mohammad Hafeez and Shoaib Malik. I believe they still have plenty to offer to Pakistan cricket in the shortest format and their experience can be critical to our performance in the upcoming series.