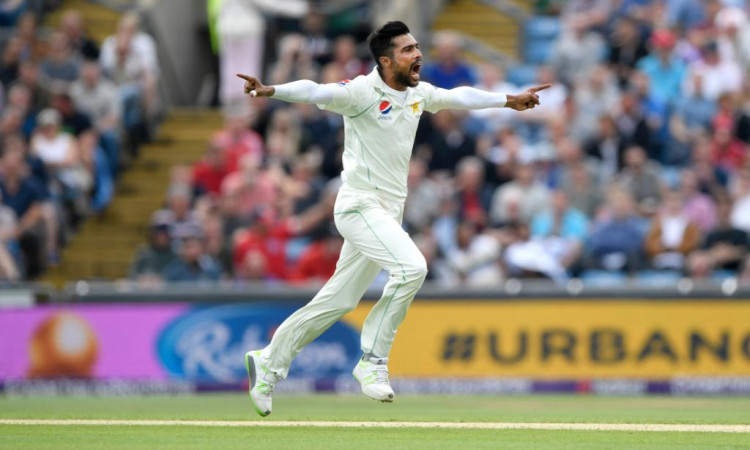 Lahore, July 26: Left-arm Pakistan pacer Mohammad Amir on Friday announced his retirement from Test cricket. He, however, said that he will continue playing white-ball cricket for Pakistan.

In a statement issued by the Pakistan Cricket Board (PCB), Amir said: "It has been an honour to represent Pakistan in the pinnacle and traditional format of the game. I, however, have decided to move away from the longer version so I can concentrate on white ball cricket.

"Playing for Pakistan remains my ultimate desire and objective, and I will try my best to be in the best physical shape to contribute in the team's upcoming challenges, including next year's ICC T20 World Cup," he added.

The left-arm pacer further said it was not easy for him to make that decision which he had been thinking for quite some time.

"But with the ICC World Test Championship commencing shortly, and Pakistan boasting some very exciting young fast bowlers, it is appropriate that I call on my time in Test cricket so that the selectors can plan accordingly," he said.

"I want to thank all my team-mates as well the opponents in red ball cricket. It has been a privilege to play with and against them. I am sure our paths will continue to cross in limited-overs cricket as all of us play and compete with the same vigour and determination."