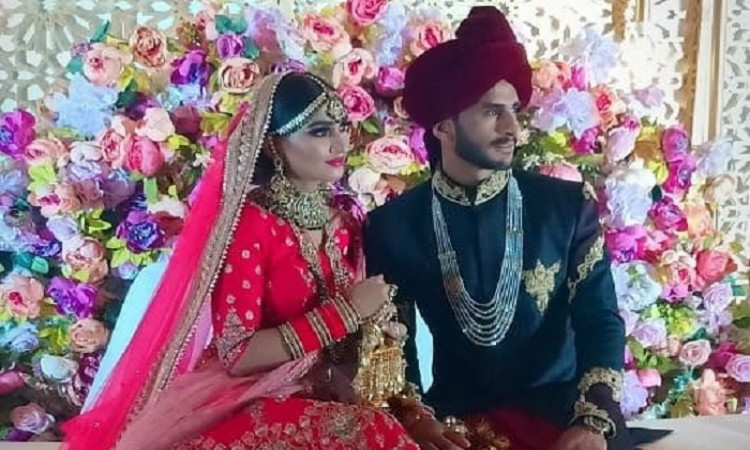 New Delhi, Aug 21: Pakistan pacer Hasan Ali has started a new phase of life by tying the knot with Indian national Shamia Arzoo.Even before the wedding ceremony took place on Tuesday in Dubai, various photos and videos went viral on social media where Ali could be seen participating in the rituals.

One such video showed the Pakistan pacer celebrating his wedding the same way he celebrates getting a wicket. The 25-year-old enjoyed a desert safari as his wedding was solemnised. He also performed his trademark wicket-taking celebration for the photoshoot.

Pakistani journalist Saj Sadiq shared the video on Tuesday saying, "Hasan Ali doing his wicket-taking celebration at a desert safari ahead of his Mehndi today."

Before the wedding ceremony took place, Ali had shared a picture of himself with a caption: "Last Night as a bachelor! looking forward."

Ali got a reply from Indian tennis star Sania Mirza, who is married to his colleague Shoaib Malik. "Congratulations Hasan. Wish you both a lifetime of love and happiness ...This time you'll have to treat us to more than Nandos though," Sania said in a tweet.

As reported earlier, Shamia, 26, is from Haryana. She is a flight engineer with Emirates Airlines, while her family members are settled in New Delhi.

Hasan has now become the fourth Pakistani cricketer to get married with an Indian girl, after Zaheer Abbas, Mohsin Khan and Shoaib Malik.