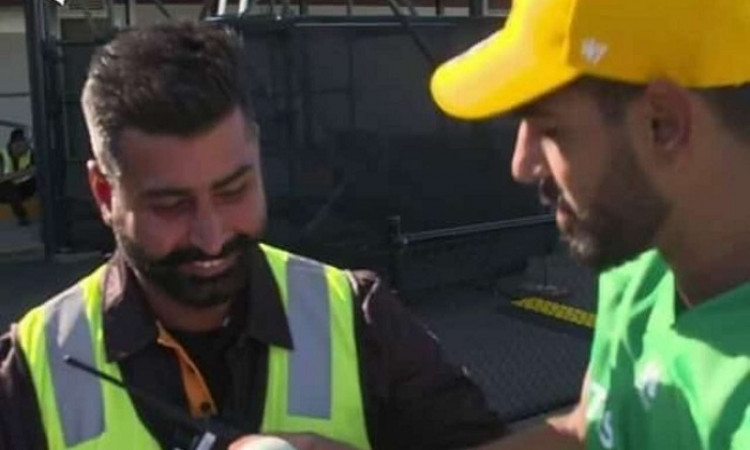 After replacing injured South Africa pacer Dale Steyn in the Stars side, the speedster came with a spirited performance as he finished with figures of 5/27 from his four overs as the Hurricanes were bowled out for 111 to lose the contest by 52 runs on Sunday.

After the end of the match against the Hurricanes, Rauf gifted his match ball to an Indian security guard, who became emotional after meeting him.

"I gave today's match ball to a security guy who is from India. When I came to the ground today I told him I am from Pakistan, he got emotional, he cried and he hugged me," said Rauf, who was adjudged Man of the Match, after the game ended.

Rauf is however, yet to feature in international cricket but caught everyone's attention riding on a great show in the Pakistan Super League (PSL).

Haris Rauf gave his 5fa wicket ball to a complete stranger who he met before the game @BKTTires | #BBL09 pic.twitter.com/f2s1YMmIkI