Lahore, May 11:  Pakistan pacer Haris Rauf heaped praise on Melbourne Stars' skipper Glenn Maxwell and stated the Australian helped in building his confidence that eventually led to the pacer shining in the last edition of the Big Bash League (BBL). 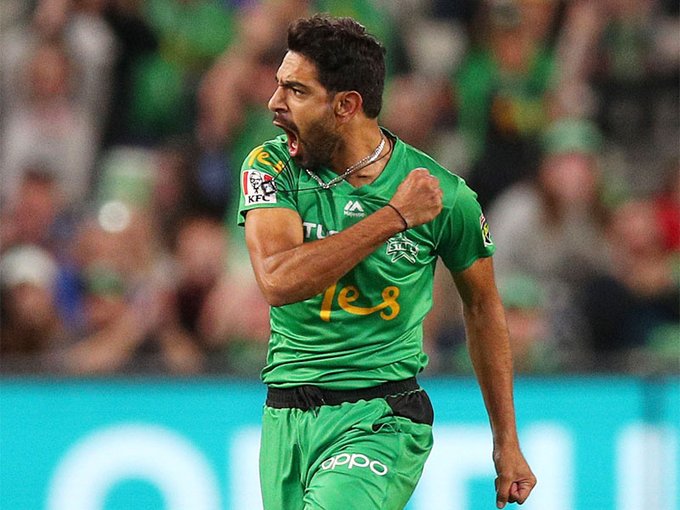 He revealed that Maxwell went out of the way to support him right through the course of the tournament and that led to him picking 20 wickets in his maiden BBL campaign.


Notebook celebration thing is not going to work: Virat Kohli to Kesrick Williams

"I feel that coach David Hussey and captain Glenn Maxwell's confidence in my abilities was the key factor in my excellent performances in the BBL," Rauf was quoted as saying by PakPassion.net.

"Maxwell had extraordinary confidence in my ability to bowl and used me where I was of most use to the team.

"He went out of his way to support me whilst we were on the field and for my part, I repaid him by bowling to the plan and to the fields he set for me," he added.

Rauf also spoke about his admiration for South Africa speedster Dale Steyn, with whom he shared the dressing room in the BBL last term. He spoke about the things that Steyn taught him during their brief stint together and how it helped him better his game.

"Dale Steyn has been my role model ever since I started to play cricket and to be in the same team as him at the BBL was absolutely thrilling," Rauf said.

"I was very happy to meet him, and I can tell you that he is a wonderful teacher. He gave me tips in the nets and gave me a lot of advice about how to go about my game and what attitude to adopt.

"In particular, he told me about the aggression that I need to have as a fast bowler and since then I have tried to adopt that attitude for myself," he added.