Islamabad, July 10 - The Pakistan Cricket Board (PCB) on Tuesday confirmed that the country's international cricketer Ahmad Shahzad has failed a dope test and is likely to face suspension, an official statement said.

PCB announced that opening batsman Shahzad has tested positive for a banned substance in a dope test conducted during a domestic tournament and that he would be charged soon, which will finally lead to his suspension from the game for several months, reports Xinhua news agency.

The 26-year-old batsman, who recently played for Pakistan in the Twenty20 series against Scotland in June, was found guilty after the PCB received a report from the Independent Review Board on Tuesday.

Last month, the PCB, without naming any player, confirmed that a cricketer had failed a doping test.

"A player has reportedly tested positive for a prohibited substance. But under the International Cricket Council rules the PCB cannot name the player or charge-sheet him until the chemical report is confirmed by the Anti-Dope Agency," the board said on last month.

Later, the report of the cricketer was sent to India for a re-check due to some concerns and sensitivity of the matter.

"Pakistan's anti-doping agency wanted to be very sure and double-check it because a senior player was involved, hence it asked the Indian lab to re-check the tests," the PCB said earlier.

Shahzad has been part of several controversies since the start of his international career in 2009. He has been out of Pakistan's national team since the World Twenty20 in 2016 in India after which the then head coach of Pakistan team Waqar Younis had recommended dropping him due to disciplinary issues.

According to sports analysts, Shahzad is likely to face a ban for one-year over the dope test failure. 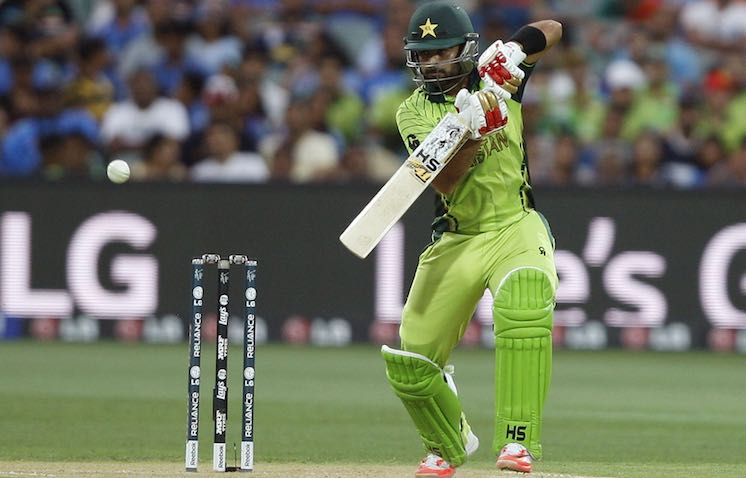 Pakistani Cricketers with their Beautiful Wives


Kohli will not get a ton in Australia, predicts Pat Cummins