PAK vs ZIM: Pakistan Cruise To Six-Wicket Win In 2nd ODI Against Zimbabwe

Pakistan eased to a six-wicket win in their second ODI against Zimbabwe in Rawalpindi to secure a series victory and go second on the ICC Men's Cricket World Cup Super League table. 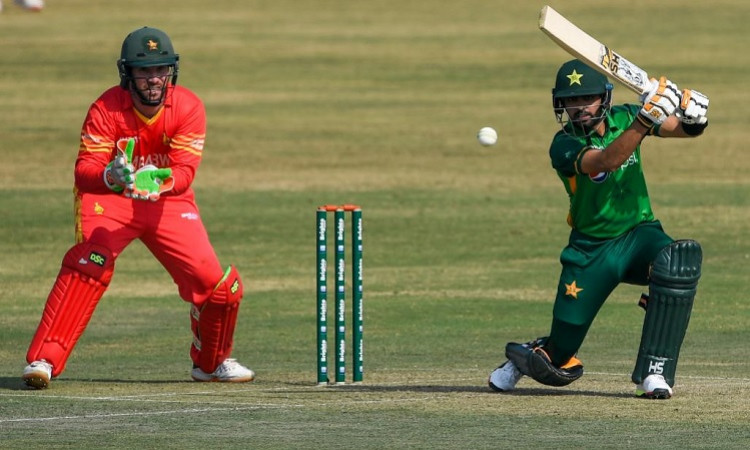 Bowling first, spinner Iftikhar Ahmed was the star of the show for the hosts, taking five wickets and conceding 40 runs in his 10 overs as Zimbabwe were blown out for 206 in 45.1 overs. Fast bowler Muhammad Musa, 20, recorded figures of 2/21 on his ODI debut.

Captain Babar Azam then scored an unbeaten 77 to lead his team to victory while Imam-ul-Haq was dismissed one run short of his half century.