PAK vs SL: No play on Day 4, Rawalpindi Test heads towards draw 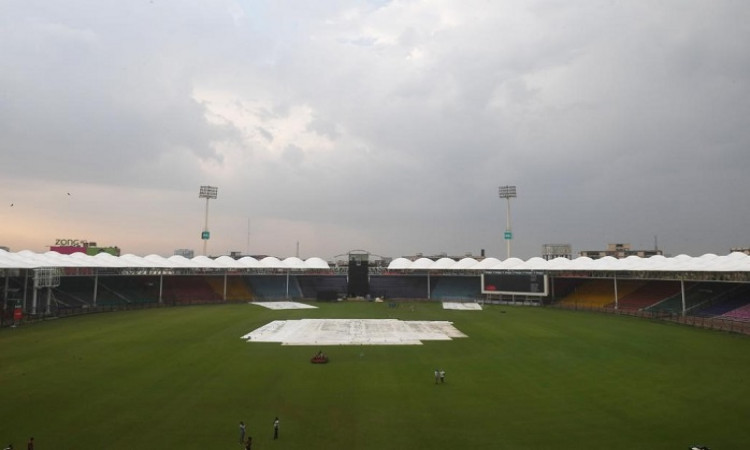 Rawalpindi, Dec 14: Overnight rain and poor light continued to mar the first Test between Pakistan and Sri Lanka at Rawalpindi Cricket Stadium as not even a single ball could be bowled on Day Four before umpires called off play on Saturday.

Sri Lanka had won the toss and opted to bat on the first day, but the play was called off after 68.1 overs due to bad light. Only 18.2 overs were possible on Day Two and 5.2 on the third day in which the visitors managed to reach 282-6

Only 91.5 overs have been bowled in total thus far across four days in the match with the first innings yet to be completed which means that a result seems highly unlikely.

Dhananjaya De Silva is unbeaten at the crease on 87 alongside Dilruwan Perera who is batting at 6. For the hosts, young pacers Naseem Shah (2/83) and Shaheen Shah Afridi (2/58) were the stand-out bowlers.

However, the forecast for the fifth and final day is good and the local fans can expect some play.

The ongoing match has marked the return of Test cricket in Pakistan for over ten years. Sri Lanka were the last team to play Tests in the country, in 2009, when their tour was cut short by an attack on the team bus.

The second Test will be played in Karachi from December 19.