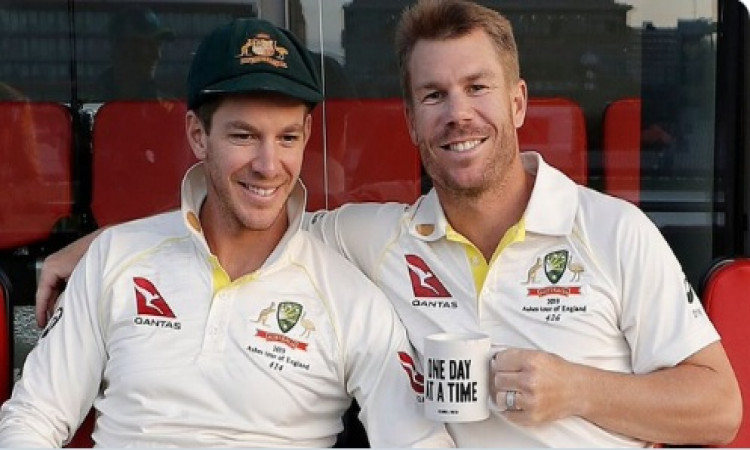 2 OCT। Australia Test captain Tim Paine has backed opener David Warner to turn his fortunes around at home when they face Pakistan in the two-Test series beginning November 21.

Warner was in horrible form in the 2019 Ashes series in England. He managed to score just 95 runs from 10 innings and became bunny of Stuart Broad who dismissed him on seven occasions.

Following his struggle, questions have been raised about Warner's position in the Test squad. However, Paine has backed the opener to keep his spot.

"I think he is," Paine told 7News when asked if Warner is guaranteed to play the first Test of the summer, against Pakistan at the Gabba. Before the Test matches, both the teams will also play three T20Is on November 3, 5 and 8.

"I think he's got enough credits in the bank. We know how good a player he is. Opening the batting in England can be really difficult, particularly if you're a left-hander and Stuart Broad's bowling at you.

"That was a difficult period for David (but) the way he was around our group as a senior player was outstanding.

"It's easy to do that when you're going well but to have him still upbeat and still pushing others to get better when he was going through a rough patch himself was great to see," he added.

For the first time in almost two years, Warner will be making return to the Sheffield Shield next month.