Brampton, July 31: Former Pakistan all-rounder Shahid Afridi is having a great time in the ongoing Global T20 competition in Canada. 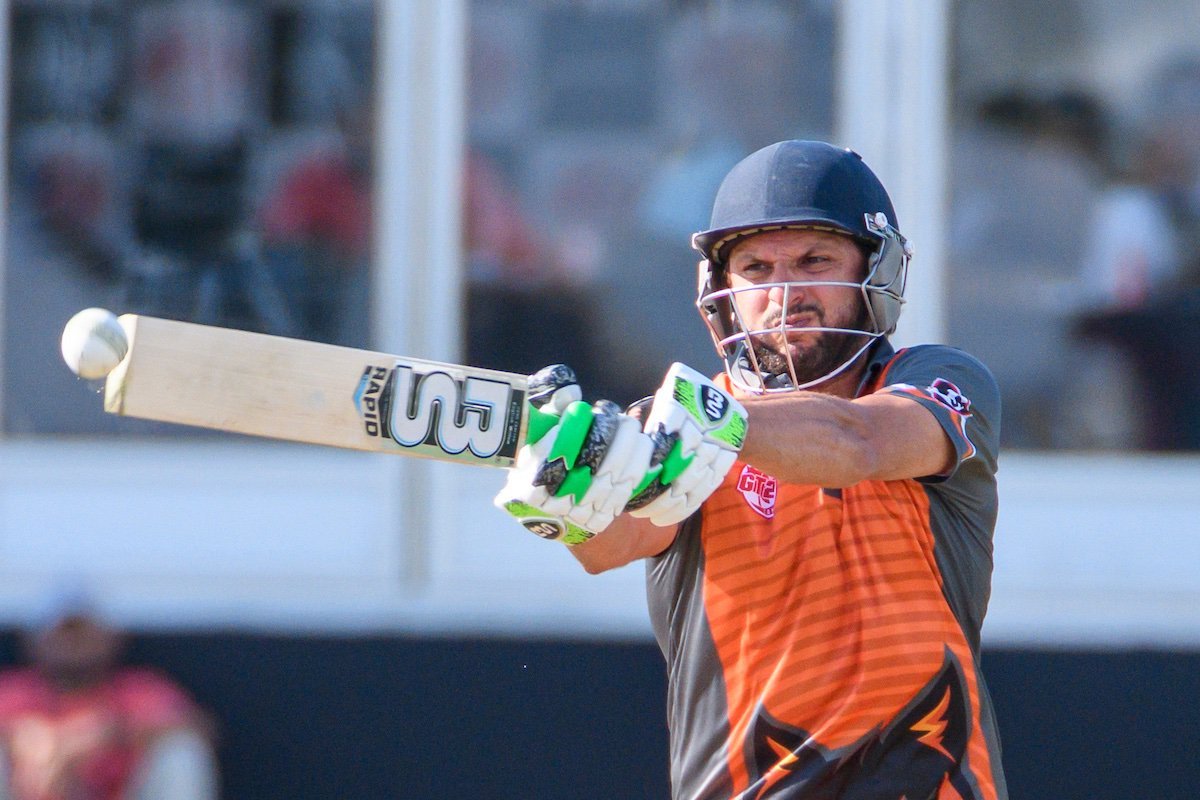 On Sunday, he scored 81 runs off just 40 balls as his side -- Brampton Wolves -- defeated Edmonton Royals by 27 runs. There were many moments during the course of his innings which reminded the fans of the vintage Afridi, playing fearlessly and smacking the bowlers out of the park.

Then, there was one moment -- caught on stump mic -- that left fans in splits.

On the last ball of Wolves' inning, Afridi managed a single. However, Wahab Riaz, who was at the non-striker's end, asked him for another run, to which the 39-year-old replied: "Pagal hai...bowling kaun karega? (Are you mad? Who will bowl then?)".

Despite scoring most of his runs in boundaries -- 11 fours and 5 sixes -- the former Pakistan skipper was in no mood to make the extra effort of stealing another run, even on the last ball of their innings.

Wolves' ended with 207/5 which they defended successfully as they restricted Royals to 180/9.

Apart from playing an instrumental knock with the bat, Afridi also bowled brilliantly, picking one wicket for 14 runs in his four overs. He was adjudged the Man of the Match award for his all-round efforts.