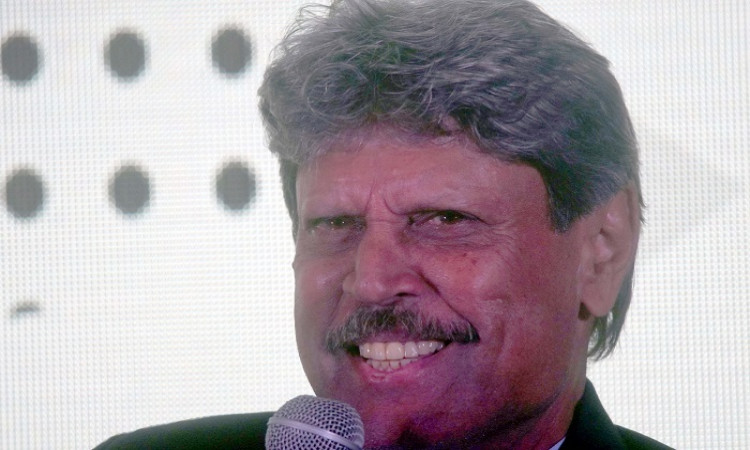 Mumbai, Oct 10: Showering praise on the present Indian pace attack, former captain Kapil Dev said on Thursday that the fast bowlers have changed the face Indian cricket in the past four-five years.

The former all-rounder also felt that this was the best ever Indian pace attack.

"Aisa pace attack humne dekha nahi tha, socha bhi nahi tha (we have not seen such a pace attack, nor did we think about it). Without any doubt, the fast bowlers have changed the face of Indian cricket in the last four-five years," Kapil said during the sidelines of a promotional event.

With the likes of Jasprit Bumrah, who has been ruled out of the ongoing Test series against South Africa due to a stress fracture in his back, Umesh Yadav, Mohammed Shami, Ishant Sharma and Deepak Chahar in their ranks, India are believed to have one of the best fast bowling attacks in world cricket now.

In the first Test in Visakhapatnam, Shami stepped up and rattled half of the South African batting line-up in the second innings to return with figures of 5/35.

However, Shami doesn't feature in the top 10 of the ICC Test bowlers' rankings.

"No issues about that (not being in the top 10). How effective he (Shami) has been for the team is more important. Great to see him doing well and that's the bottom line," Kapil said.

"I am proud of the quality of Indian fast bowlers. They have come in numbers," he added.

Kapil also credited the Indian Premier League (IPL) for providing many young pacers the platform to showcase their talent.

"It takes time to develop a pace attack. It feels good to witness the amount of cricket that is being played now. Because of the IPL, so many fast bowlers have got an opportunity," he said.