London, July 22 (CRICKETNMORE):  Ahead of the five-match Test rubber against hosts England, fast bowler Ishant Sharma believes the current Indian pace attack carries the ability to lead the visitors to a series win against the Joe Root-led England. 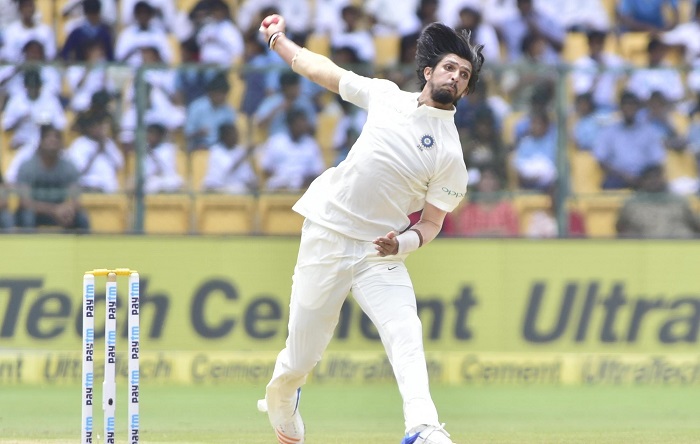 The 29-year-old right-armer feels that the Virat Kohli-led India currently have a pool of eight to nine fast bowlers, which makes them a complete Test package.

In an interview to the Daily Telegraph, Ishant said: "Everybody used to say that India can't produce fast bowlers. Now we have probably eight to nine good fast bowlers, anytime who can play Test cricket for India."

Apart from Ishant, Jasprit Bumrah, Mohammed Shami and Shardul Thakur feature in India's Test squad pace attack for the five-match series, starting August 1 at Edgbaston, Birmingham. India have not won a Test series since 2007 when the Rahul Dravid-led side triumphed 1-0 a three-match series.

"We have a pretty good chance to win a series in England and Australia, because of the kind of attack we have," he asserted.

Ishant also said that unlike the subcontinent, the English conditions are very much favourable for pace bowling as the bowlers can bowl longer spells.

"The weather is so nice (in England), you can bowl long spells, the conditions are helpful. The ball is nice, the wicket is favourable. There's a lot of difference between bowling in England and India," Ishant observed.

Talking about fitness, Ishant admitted he didn't focus much on it during the initial part of his career. However, later he realised the importance of training.

"I was not the one who really believed in training. I didn't have too much knowledge about training. So I wasn't training that much. When I went home, I was not doing anything. Just relaxing. I think that's the point, I changed my life and improved my cricket skill level," he said.

"We have become so much fitter because there is so much knowledge, and there is so much contribution from everyone. If you want to play a good amount of cricket for the country, you need to work hard. You can't just bowl or just bat," Ishant said.

"You need to go into the gym, go running, look after your recovery system, your diet and everything," the speedster added.

Ishant, who is now a month short of 30, felt that he has matured a lot as a fast bowler in the 11 years of his Test career.

"Earlier I was really raw. I didn't know much about bowling -- I would just bowl fast. Now I know like, what the batsman is doing, how is the weather, how the wicket is going to behave, then after how many overs what you need to do and everything," the pacer, who has scalped 238 wickets from 82 Test matches, said.

"You need to adapt, and bowl according to the situation," Ishant added.