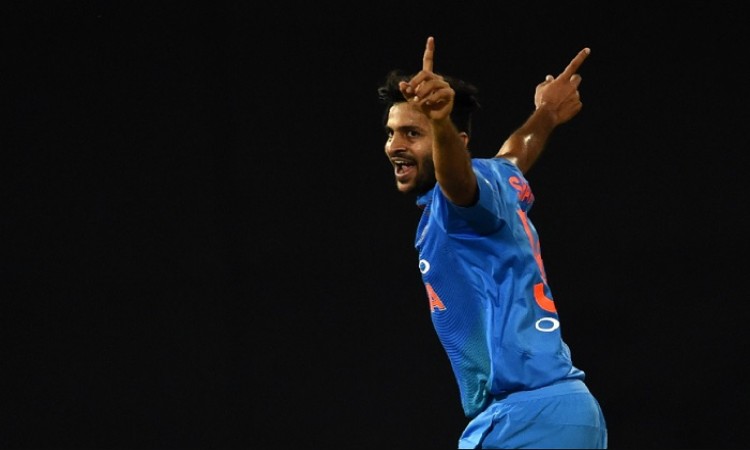 Cardiff, July 6 (CRICKETNMORE):  Rising paceman Shardul Thakur has been called in as replacement for injured Jasprit Bumrah for the upcoming three-match One-day International (ODI) series against England, a BCCI release stated on Friday.

Bumrah injured his left thumb during the first Twenty20 International against Ireland and was subsequently ruled out of the second T20I against them and also the following three T20Is against England.

"Bumrah underwent a surgery on Wednesday in Leeds before returning to India. The surgery was successful and he will commence rehabilitation under the supervision of the BCCI medical team," the release said.

Shardul is already in England as a part of India A and played in the recently concluded one-day tri-series involving England Lions and West Indies A.

In the four matches he was a part of, he picked up eight wickets, two of which came in the final against the Lions.

The 26-year-old has been a part of India's setup in recent times, having made his international debut last year against Sri Lanka. His last ODI appearance was in South Africa where he returned his best figures of 4/52.

He's also been a constant feature in India's recent T20I scheme of things, playing two of the three T20Is in South Africa before playing all games in the Nidahas Trophy in Sri Lanka. He, however, was overlooked for the Ireland T20Is and the ongoing T20I series against England.