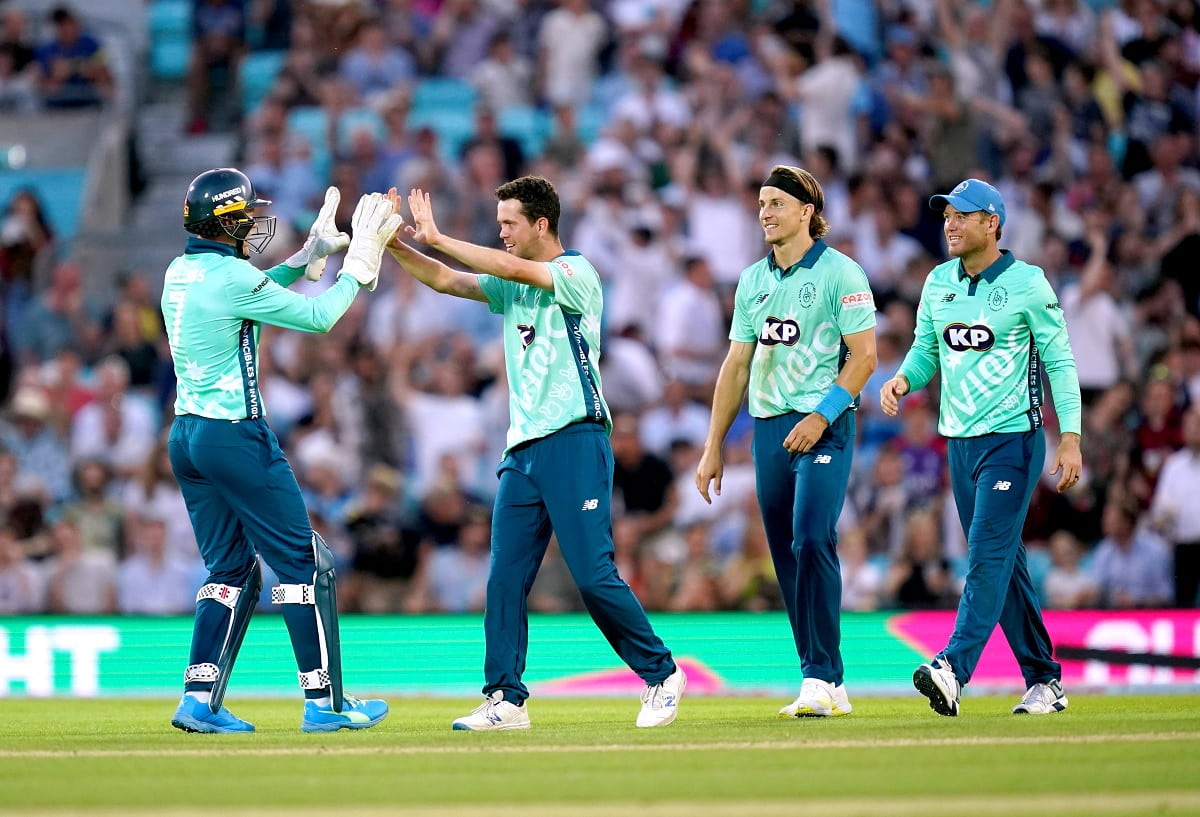 Sam Curran struck on his home ground to take the key wicket of Carlos Brathwaite as the Oval Invincibles beat the Manchester Originals by nine runs in the first men's match of English cricket's new Hundred competition on Thursday.

The tournament had got underway at the Oval with a standalone women's fixture on Wednesday between the same sides -- all eight teams in the 100 balls per side are fielding men's and women's teams -- that saw the Invincibles win by five wickets with two balls to spare.

Whereas Wednesday's match was notable for the number of young girls and female spectators, Thursday's boisterous attendance of 18,126, with more alcohol-fuelled male fans in the stands, was akin to the kind of audience that can usually be found at an English county Twenty20 game.

He had made 37 off 29 balls on Thursday and was on strike with the Originals needing 19 off the last five. But, going for a six, he holed out off left-arm paceman Sam Curran and was caught in the deep by the bowler's Surrey and England team-mate Jason Roy.

Earlier, Invincibles captain Sam Billings made 49 as the hosts recovered from 32-3 to finish on 145-8 from their 100 balls. Billings was one of three wickets for Netherlands international Fred Klaasen.

A successful opening night had seen more than 7,000 in at the Oval for a women's game watched by a peak television audience of 1.95 million.

Originals captain Jos Buttler won the toss and chose to field, with the England international only able to play in the first two games of the 100 balls per side tournament before he joins up with the Test squad ahead of next month's series at home to India.

Tom Hartley, who only made his professional debut in August, bowled the first over but the spinner removed openers Sam Curran and Roy.

The Invincibles were struggling at 48-4 but Billings, revived the innings before Tom Curran's 29 not out boosted the total.

Buttler, having reverse swept Sunil Narine for four, holed out to the West Indies spinner next ball.

Brathwaite struggled initially on a used pitch before finding his touch. His exit left the Originals needing 19 off four balls. Sam Curran then bowled a no-ball before holding his nerve to seal victory for the Invincibles.