Our bowlers can't be scared of Virat Kohli: Phil Simmons 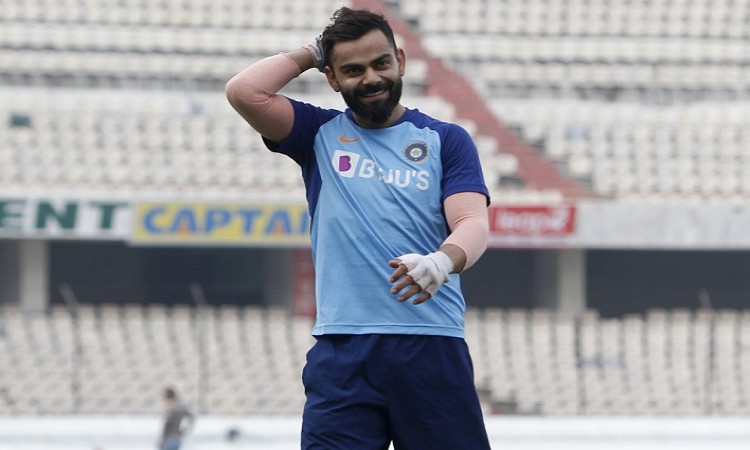 "We can make sure that the bowlers don't get too scared of him. But in the end, may be two can bowl at him at the same time. You never know what can happen but it's a difficult proposition to get Virat Kohli out," he was quoted as saying by ESPNCricinfo.

Also Read: I have got a job for my country, not looking to replace Hardik: Shivam Dube

Simmons charted out some funny ideas to get the Indian captain out.

"One, I can make him bat with a stump. Two, we can sign a book and in the ODIs, we can give him a 100 and bowl at the rest of the players or we can make sure that our plans to him are spot on," he said.

"Last year we had some T20s and ODIs in India and we weren't miles apart. We had one game where I think we were tied. So we weren't that far apart," Simmons said.

"We have to look back at what we did then and see how much we can add to that now because they have added things to their games. We have to make sure that we have to get better than last time because India is not easy. India is India," he told 'ESPNcricinfo'.