Open to play D-N Test in Aus, be it Perth or Gabba: Virat Kohli 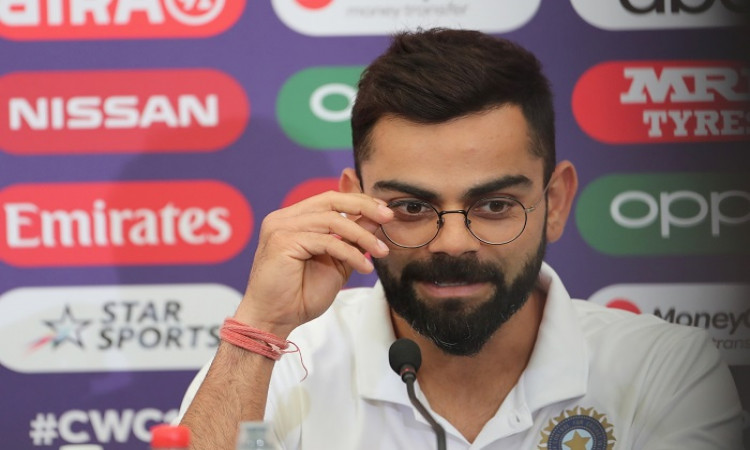 Mumbai, Jan 13: India had refused to play a Day-Night Test against Australia in their backyard when they last toured the country in 2018-19 but skipper Virat Kohli on Monday made it clear that his side is "absolutely open" to play pink ball Test in their next tour Down Under.

"Look we played the day-night Test here, we were pretty happy with how it went and it has become a very exciting feature of any Test series and we are absolutely up to playing day-night Tests," Kohli told reporters ahead of the first ODI of the three-match series against Australia.

Also Read: Virat Kohli one ton away from matching Tendulkar's feat at home

"We are absolutely up for the challenge and whether its Gabba, Perth doesn't matter to us. We do have the skillsets now to compete against anyone in the world anywhere in any format of the game," Kohli added.

India had defeated the Kangaroos 2-1 at their home in their last meeting in Tests but Kohli felt that the Australia team they will be facing this year will be much stronger than what they played last.

David Warner and Steve Smith were not in the squad the last time as they were serving their one-year ball-tampering ban. However, they have both now returned and have been in top form while Marnus Labuschagne is also amongst the runs.

"Having won last year it gives us a lot more confidence going back and I think this time the series will be a lot different in terms of their batting challenging our bowlers. To be fair, last time around their players were not that experienced if you take out David Warner and Steve Smith. Marnus came in but he played only one game. The way he played last summer its been amazing to watch," the Indian run-machine expressed.

"So yeah it will be a challenge to break through that batting order and going to Australia you shouldn't be expecting anything easy. So as I said we want to keep challenging us as a team and we are the top-2 sides in the WTC table as well so I am sure it's gonna be amazing to watch as this series is gonna be right up there with any of the best series you have seen in the past 5-6 years," Kohli added.