Hamilton, Feb 6:  Even though India didn't end on the winning side in the first ODI against New Zealand, there were quite a few positives for the Men in Blue after the thrilling encounter. 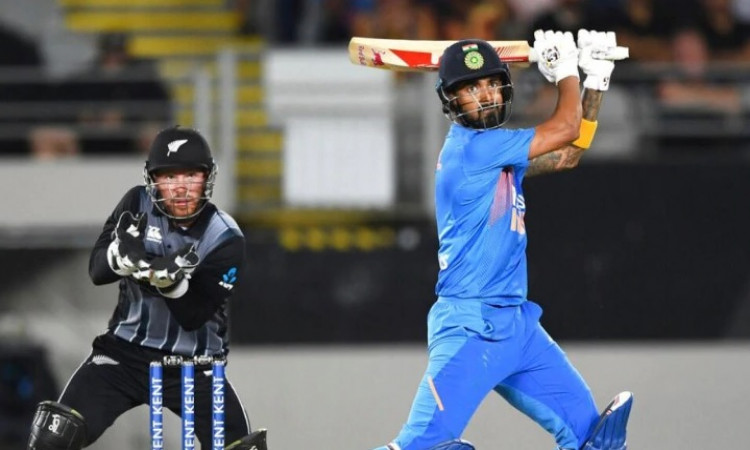 One of those was the fluent batting performance by K.L. Rahul, who played a brilliant knock of unbeaten 88 and alongside Shreyas Iyer (103) helped India post a formidable 348-run target for the Kiwis.

Rahul, who has been in the form of his life in the ongoing New Zealand tour, took just 64 balls to score those runs in the game at Seddon Park. During the course of his innings, Rahul hit 6 sixes and 3 boundaries, including a reverse scoop six off Jimmy Neesham.

Former India player Mohammad Kaif had also praised Rahul for his ability to adapt and take on different roles and responsibilities, describing him as "India's very own Swiss Knife".

It should be remembered that former South Africa skipper AB de Villiers has been till now known as the "360 degree" batsman considering his ability to score runs and boundaries, all round the park.

Being compared to the great Proteas batsman will undoubtedly be a feather on the cap for the youngster. India will now aim to level the three-match series when they take on New Zealand in the second ODI on Saturday at Eden Park, Auckland.