Only India have tools to beat Australia at home, says Michael Vaughan 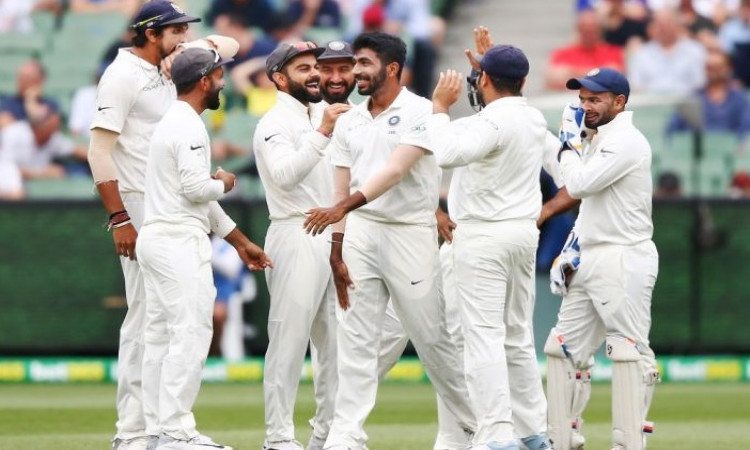 London, Dec 2:  Australia thrashed Pakistan in both T20Is and Tests as the Green Brigade looked helpedless against a lethal pace attack. Speaking on their convincing show at home, former England captain Michael Vaughan felt it is only the Virat Kohli-led Indian team which can defeat the Australian unit in their own backyard.

Australia had defeated the Green Brigade 2-0 in the three-match T20I rubber before whitewashing them 2-0 in the Test series.

After the result, Vaughan took to Twitter and wrote: "This Australian Team in these conditions are going to take some beating ... Only India have the tools to do so at this stage... #AUSvPAK."

This Australian Team in these conditions are going to take some beating ... Only @BCCI #India have the tools to do so at this stage imo ... #AUSvPAK

Veteran off-spinner Nathan Lyon picked up a five-wicket haul as Australia defeated Pakistan by an innings and 48 runs in the second and final Test of the two-match series on Monday.

With the win, the Aussies clinched the two-match series 2-0 and increased their victory tally in Day/Night Tests to 6-0.

Speaking after the match, Aussie skipper Tim Paine said: "Really happy. Barring few slip-ups in the field yesterday, we played excellent cricket over the last two matches. We came back from England, we felt, we were getting better all the time. We wanted our batters to score big runs, when your six seven and eight are not facing lot of balls then your top-order is doing fine. David (Warner) and Marnus (Labuschagne) have been unbelievably good."