Once Pant gets runs, he will be a massive player: Vikram Rathour

Chennai, Dec 14 India batting coach Vikram Rathour on Saturday backed underfire Risabh Pant and felt the young stumper carries immense ability and once he start getting runs, he will be a 'massive player'.

"The reason why we keep discussing him is because he has got immense ability and everybody believes that he can be an X-factor in any team and in the Indian team as well," Rathour said at the pre-match press conference on the eve of the first ODI against West Indies here on Saturday.

"He has been backed by the selectors and the team management because all of us believe that he is a good player...once he starts getting runs, I am sure, he will be a massive player," he added.

Earlier, India skipper Virat Kohli had lent his support to Pant, saying the team has belief in the young wicketkeeper's ability and therefore he will be given all the support by the management to perform.

"We certainly believe in Rishabh's ability. As you say, it's (also) the player's responsibility to do well, but our responsibility is to give him space, to support him. He should get support and it is disrespectful if you don't get it," Kohli had said ahead of the first T20I of the three-match series against Windies.

The Kohli-led Team India has always been considered a great team when it comes to chasing however, the Men in Blue have been struggling to defend targets in recent times. Recently, during the first T20I against Windies, India managed to overhaul the 208-run target however, they failed to defend a target of 171 in the second T20I.

Speaking on it, Rathore said: "I think we are the number one team in the world when we are chasing targets. (When you are) batting first, you need a different kind of fearlessness. When we are chasing targets, we know the target and plan our game plans better. The way we batted in the last game, I think that was one big tick in the box and we are looking forward to maintaining that," he added. 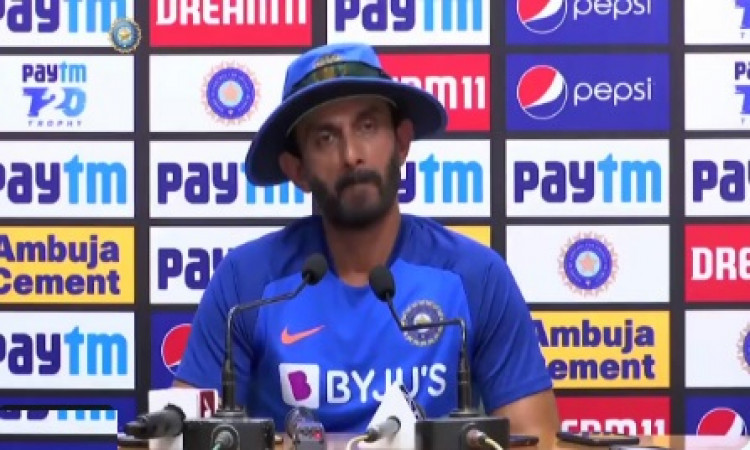