On this day: Waugh brothers become first twins to play in a Test for Australia 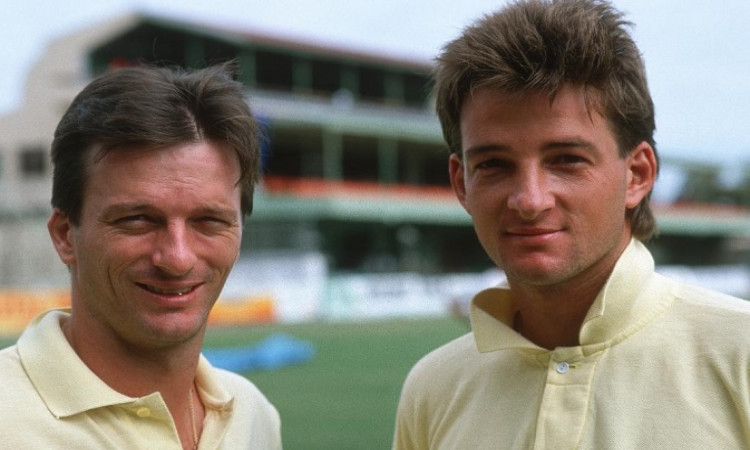 Sydney, April 5:  There are not too many instances of twins playing Test cricket for their country in the same team. The most famous of these are Australia's Waugh brothers. The pair played for the first time in the same Australian team on April 5, 1991 and went on to play 108 Test matches together.

Steve Waugh made his Test debut in 1985 while Mark, interestingly made his debut in 1991 in place of his brother.

Also Read: Pakistan is Brazil of cricket because of raw talent: Wasim Akram

The two played together for the first time in Australia's third Test of their series against West Indies in Trinidad.

It was the first instance of twins playing in the same Test team for Australia. Steve was playing as a lower order batsman and scored 26 in the first innings while Mark scored 64. Both did not bat in the second innings but were responsible for the catches of West Indies greats Gordon Greenidge and Viv Richards in the hosts' innings.

Both would go on to define Australia's era of success in the late 1990's and play more than 100 Test matches each. While Mark retired in 2002 with 128 Test caps and 8029 runs, Steve retired as captain of the team in 2004 with 168 Tests and 10,927 runs, thus making him the second highest run-scorer in Australia's history behind his former skipper Allan Border.

His successor Ricky Ponting would put him down to the third on the list after surpassing Border later in his career.