On this day: Sachin Tendulkar becomes first to score 15k runs in ODIs 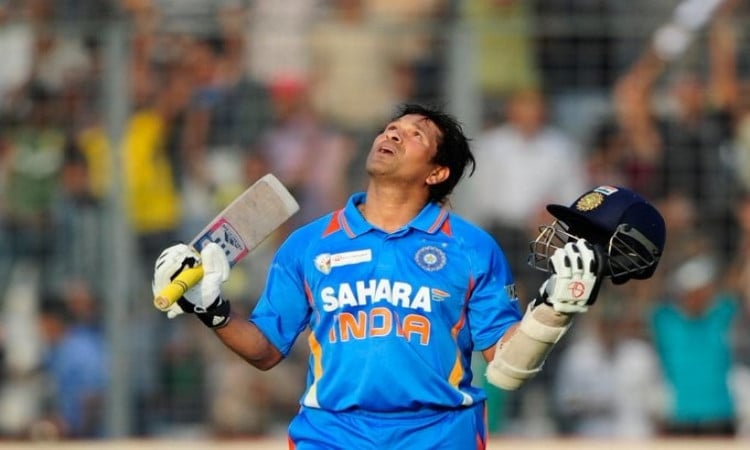 New Delhi, June 29:  Former India cricketer Sachin Tendulkar is widely regarded as one of the finest batsmen in the history of the sport, if not the best.

The stylish batsman from Mumbai holds numerous batting records across formats and on this day, 13 years ago, Tendulkar became the first batsman to score 15,000 ODI runs.

He achieved the feat during the second ODI of the Future Cup against South Africa at Belfast in 2007, which India won by six wickets to level the three-match series.

Interestingly, Tendulkar breached the mark courtesy of an over-throw in the 18th over of the Indian chase, which was bowled by fast-bowler Andre Nel.

Batting first, South Africa were restricted to 226/6 in 50 overs, courtesy of a brilliant spell from Yuvraj Singh, who ended up with outstanding figures of 3/36 in 9 overs.

Chasing the target, India openers Tendulkar and Sourav Ganguly put on a century stand to guide the team on the winning path.

Despite Ganguly's dismissal, Tendulkar kept going and edged closer to a fine century but was dismissed for 93. Yuvraj and Dinesh Karthik saw the team home with five balls to spare.

This was the second time in the series that Tendulkar was dismissed in the 90s, the first India went on to lose the match while the second they won it relatively easily.

He retired from the international game as the highest run-scorer of all time and the only batsman to score more than 30,000 international runs and 100 centuries.