On This Day: MS Dhoni becomes first captain to win all ICC trophies

Birmingham, June 23:  Mahendra Singh Dhoni is widely regarded as one of the greatest cricketing minds of the modern-day game. A handful can rival his achievements as captain and it was on this day that the legendary former India skipper completed his hattrick of ICC titles defying all odds as he led the team to the Champions Trophy title. 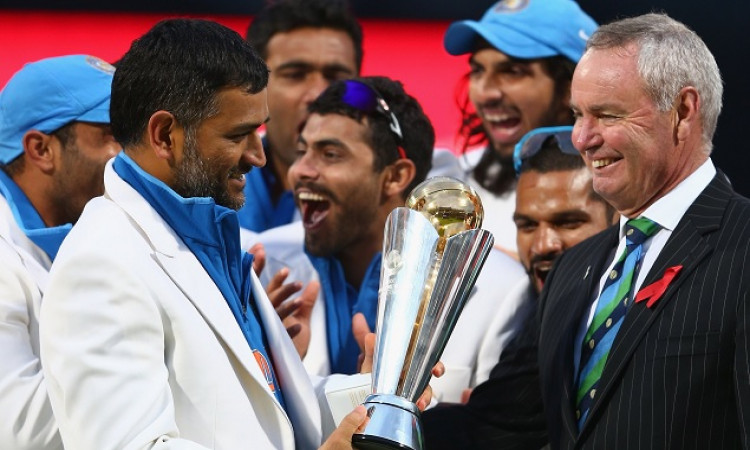 Dhoni led India superbly to become the first captain in the world to have won all ICC trophies here seven years ago on June 23 as his wards beat hosts England by five runs in a rain-curtailed 20-over ICC Champions Trophy ODI final.

It all started in 2007 when a long-haired Dhoni from the eastern trenches of Ranchi led a fairly young Indian side to the inaugural World T20 title in South Africa, beating arch-rivals Pakistan in gut-wrenching fashion.

Dhoni's stock as a leader started taking shape after that win as he went on to lead India to the 2011 ODI World Cup, which is arguably his greatest moment as skipper. He is known to have a cool head on his shoulders and on that day in April 2, 2011 Dhoni's six off Nuwan Kulasekara to clinch the World Cup will forever be etched in public's memory.

Dhoni has been on a sabbatical since the 2019 World Cup where India lost to New Zealand in the semifinals under Virat Kohli's leadership. There has been a lot of talk whether the wicketkeeper batsman will return to the Indian team or not with the T20 World Cup, to be held later this year in Australia, now in doubt due to the coronavirus pandemic.

But his name will forever be etched in the minds of cricket fans across the world for being a top-class leader.