New Delhi, July 13: July 13 is etched into the memory of every Indian cricket follower as on this day, 18 years ago, Sourav Ganguly's troops defeated England in the NatWest Trophy final at the iconic Lord's in thrilling fashion. 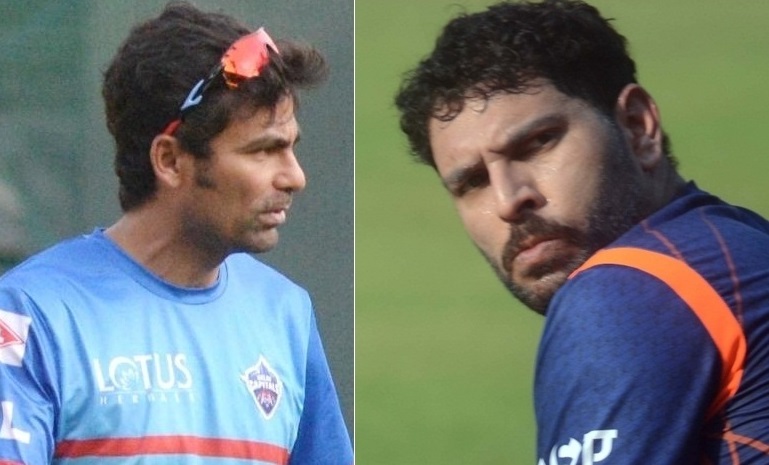 Batting first, England posted a commanding total of 325/5 in 50 overs. Marcus Trescothick (109) and skipper Nasser Hussain (115) slammed respective centuries as Indian bowlers were sent for a leather hurt to all corners of the stadium.

Chasing the target, India got off to a fine start as openers Ganguly and Virender Sehwag put together a 106-run stand. But from there on, it all went downhill for the visitors as they lost quick wickets and were struggling at 146/5 in 24 overs.

Following Ganguly's dismissal, Sehwag, Dinesh Mongia, Rahul Dravid and Sachin Tendulkar all perished in quick succession. That is when Mohammad Kaif joined Yuvraj Singh in the middle and started to rebuild the chase.

Both completed their respective half-centuries as they put together 121 runs off 106 deliveries to put India back in the hunt. Paul Collingwood, however, thought he won England the match when he got rid of Yuvraj for 69.

But Kaif had other plans as he struck a 47-run partnership with Harbjahan Singh to get India closer to the target.

After Harbjahan was dismissed by Andrew Flintoff and then Anil Kumble also went back into the hut without opening his account, Kaif won the match for India with two wickets and three balls to spare.

Kaif was named the man of the match for his blistering innings in which he scored 87* off 75 balls and it was one of his finest outings on the international arena, if not the best.

Hailing from the cricketing backwater of Uttar Pradesh, Kaif played between 2000-2006 for India, featuring in 13 Tests and 125 ODIs.

Despite Kaif and Yuvraj's heroics, the match, however, will always be remembered for Ganguly's shirt-waving at the end of the match where he caught the imagination of every Indian fan from the Lord's balcony.