On This Day 14 Years Ago, Lasith Malinga Took 4 Wickets In 4 Balls Against South Africa

Lasith Malinga sent shivers down the spines of the South Africans on March 28, 2007, in a Super Eight match of the 2007 World Cup when he took four wickets in a row towards the end of their innings. 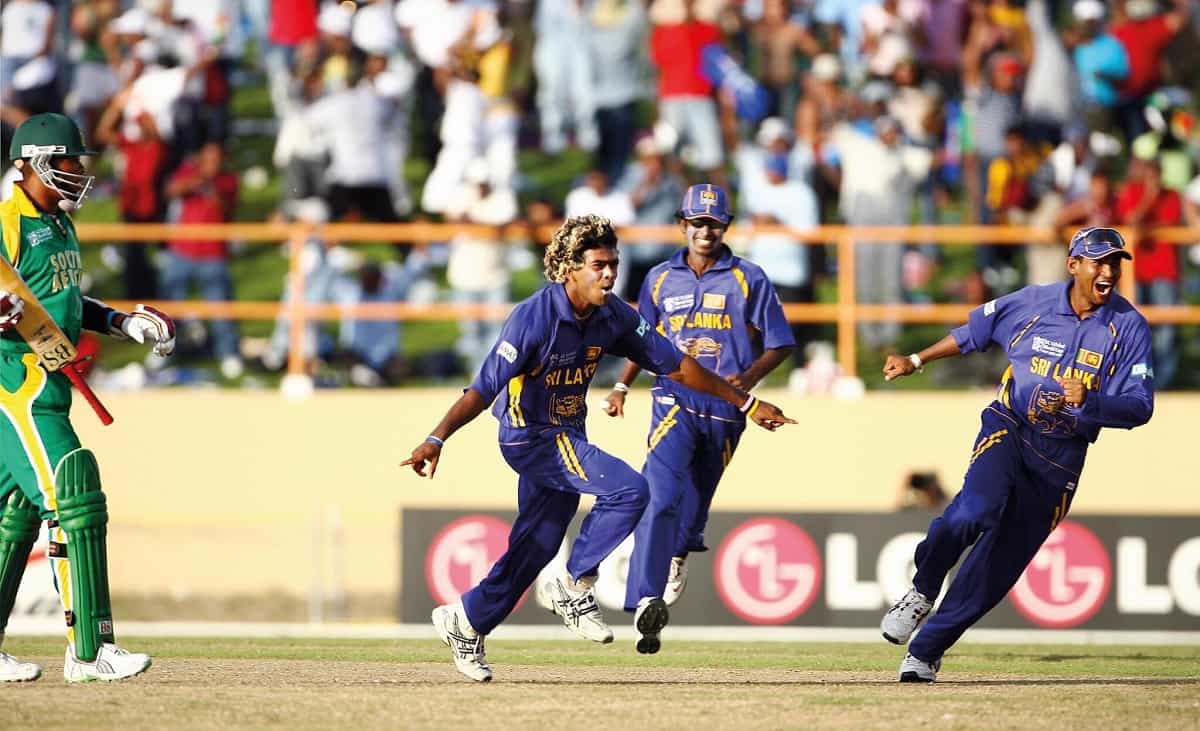 South Africa were cruising towards what could have been a five-wicket win when Malinga started bowling the 45th over. Sri Lanka were all out for just 209 runs and South Africa were 200/5 at the start of that over with legendary all-rounders Jacques Kallis and Shaun Pollock in the middle. Kallis was on 85 off 108 balls while Pollock had taken his time getting his eye in, scoring seven runs off 19 balls.

Pollock hit a four of the second ball of the over and then took two of the fourth to reduce the deficit to four runs needed from 32 balls. This was when Malinga started weaving his magic on the match.

He first dismissed Pollock with a slower ball and then got Andrew Hall caught at cover with a yorker off the last ball of the over. Chaminda Vaas then gave away just one run in the next over after which Malinga came back to take Kallis off the very first ball of the 47th over. That completed his hat-trick but he wasn't done yet. Malinga flung in another searing yorker at Makhaya Ntini who missed it completely and the ball crashed on to the stumps. South Africa went from 206/5 to to 208/9 and went from a position of comfort to being on the cusp of losing the match within two overs.

Malinga would have made it five out of five as well as he beat Charl Langeveldt's outside edge with another yorker-length delivery the very next ball. The South Africans somehow survived the over and the next one before Robin Petersen hit a four off Malinga in the 49th over to take the Proteas over the line.

Malinga would repeat the feat over a decade later in a T20I against New Zealand in 2019. This time, however, it was at the start of the Kiwis' innings and they were all out for 88 as a result despite chasing a target of 126.

#OnThisDay in 2007, Lasith Malinga wrote his name into cricketing history by taking four wickets in four balls against South Africa at the @cricketworldcup! pic.twitter.com/07UtC4PizF