David Warner's six on a delivery that bounced twice in the T20 World Cup semi-final has been termed unsportsmanlike, but Australia coach Justin Langer on Friday called the shot "unbelievable". 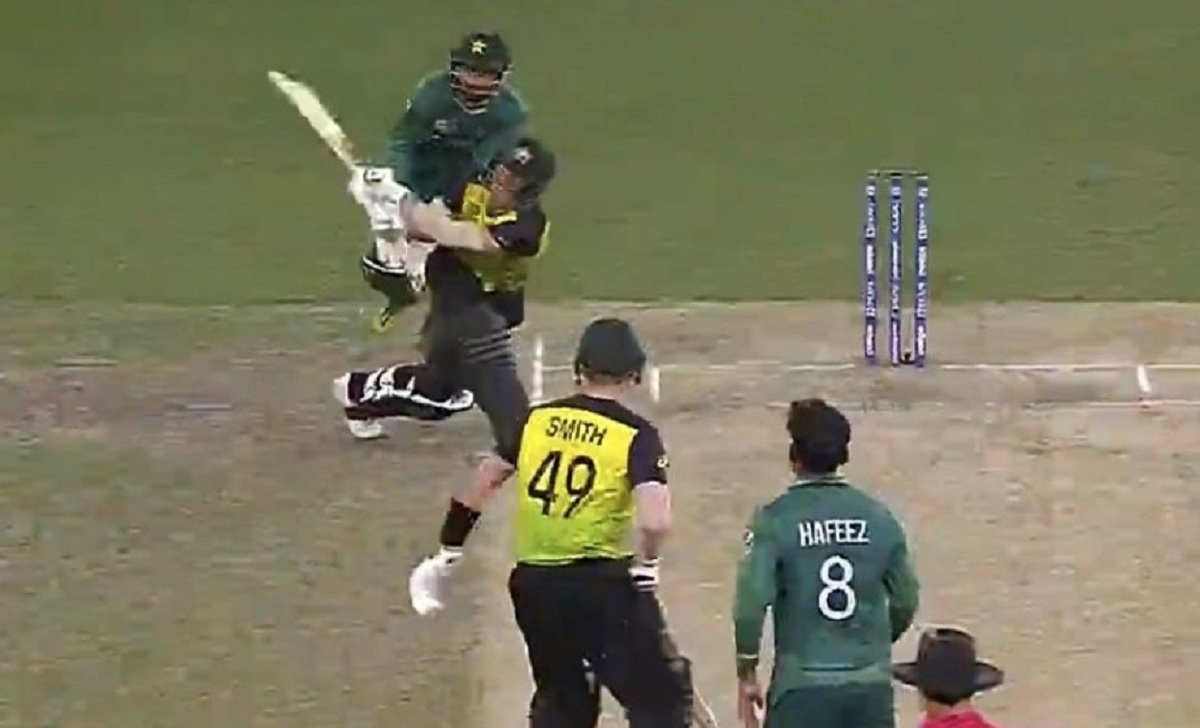 Warner hit 49 to set up Australia's five-wicket victory over Pakistan in Dubai on Thursday to book a title clash with New Zealand.

But his 30-ball knock had two interesting moments including when he jumped out of his crease sideways to smash Mohammad Hafeez for a six over deep mid-wicket after the ball had slipped from the bowlers hand and connected with the bat on a double bounce.

Former India opener Gautam Gambhir said, "What an absolutely pathetic display of spirit of the game by Warner! #Shameful"

But Langer said he was impressed by Warner's instinct to make a shot out of the ball that would have surprised any batsman.

"Oh my gosh! it's one of the best things I have ever seen in the game of cricket. I don't think anyone would have the instincts to do that," Langer told reporters.

"Most people would not have been sure what to do. It's a no ball and then to have the talent and ability to hit it for six, unbelievable.
"And then he walked of course when he nicked it, so anyone thinks it to be unsportsmanlike, probably evens it up a bit."

The second key moment came when Warner fell to spinner Shadab Khan, caught behind and walked back only for replays to suggest the left-hand opener did not edge the ball.

Glenn Maxwell at the other end also could not assist his partner in taking a review - two left in the Australia innings at that point.

Langer said the team would work on taking the referrals.

"So much noise out there last night, honestly it was like a rock concert," Langer said on the nearly packed Dubai stadium with Pakistan supporters.

"I think we have all talked about it. He was surprised. Maxi was surprised, he was his partner when saw it on the replays later on in the innings. We will work through that."

Warner hit three fours and three sixes to give the team a flying start before Shadab Khan pulled it back with his four wickets.

Australia fell to 96-5 after Maxwell's wicket before Marcus Stoinis (40) and Matthew Wade (41) pulled off the team's chase of 177 with one over to spare.

Both Australia and New Zealand are eyeing their maiden T20 World Cup crown on Sunday in Dubai.