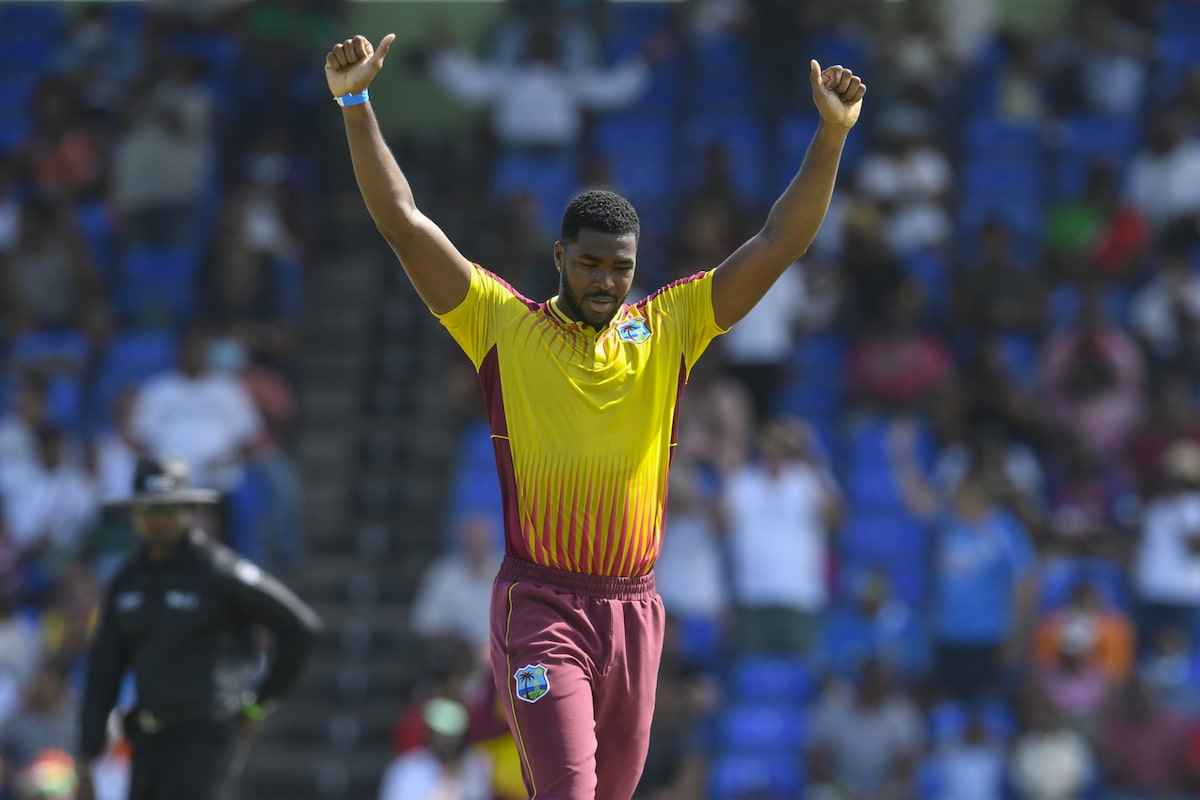 A record-breaking six-wicket haul by Obed McCoy paved the way for a nervy series-levelling five-wicket win for the West Indies over India in the second T20 International of the five-match series at Warner Park in St Kitts on Monday.

Comfortable winners of the opening encounter in Trinidad three days earlier, India were dismissed for 138 off 19.4 overs with left-arm seamer McCoy returning the outstanding figures of six for 17, the best-ever by a West Indian in T20 Internationals.

Opening batsman’s Brandon King’s 68 set the home side on their way to what looked a comfortable victory before they stumbled towards the end and needed an unbeaten 31 from wicketkeeper-batsman Devon Thomas to reach the target at 141 for five off 19.2 overs and set the stage for the third match at the same venue on Tuesday.

McCoy, who has endured a succession of injury setbacks in the previous 12 months, looked to be back to his best and gave the West Indies the perfect start when he claimed the vital wicket of Indian captain Rohit Sharma with the first ball of the match.

He also completed his four-over effort with a wicket – Bhuvneshwar Kumar - off his final ball and in between added the scalps of Suryakumar Yadav, Ravindra Jadeja, Dinesh Karthik and Ravi Ashwin as India’s vaunted batting line-up laboured on pitch offering disconcerting bounce.

"I went into this match with a much clearer mind than the last game,” said McCoy after receiving the 'Man of the Match' award.

"I am enjoying the challenge bowling at the start of the innings and at the death and so far I am really learning a lot from these experiences.”

Hardik Pandya topscored with 31 but no-one in the visitors’ line-up was really able to get on top of a disciplined West Indies bowling effort.

King’s polished innings at the start of the West Indies reply came off 52 balls with eight fours and two sixes.

When he was yorked by Avesh Khan in the 15th over though at 107 for four, India looked to tighten the screws, only for Khan to spoil his earlier good work when he bowled a no-ball at the start of the critical final over of the match and Thomas capitalised to take his relieved team across the line.

"We didn’t bat well. We just didn’t apply ourselves, but that can happen,” was Sharma’s assessment of his team’s batting performance.

"But as I have said many times already, when you’re trying to achieve something as a batting group you won’t always succeed, so we aren’t going to change our plans based on this result."